The archive of the Abbey of St Gall has long been looking for a contemporary and, from a conservation viewpoint, better way of communicating its unique collection that extends back to the time the monastery was founded. Under Regierungsrat Martin Klöti a project was launched in 2013 that was formally concluded through the ceremonial opening of the new exhibition hall by Bundesrat Alain Berset on 12 April 2019. The title of this semi-permanent exhibition is “Wonders of Tradition. The Plan of St Gall and Europe in the Early Middle Ages”. Alongside the year-round presentation of the Plan of St Gall as a loan from the abbey library, there are also annual exhibitions in which the most valuable objects are changed every four months. The year 2019 is the 1300th anniversary of the founding of the Abbey of St. Gall. On this account the first exhibition is devoted to Abbot Othmar, who founded the monastery.

To accompany the respective annual exhibition a series of booklets with the title “Waldo” will be published in print runs of 1000 to 2000. The content is divided into three parts: the theme “Waldo”, the index and contents of the exhibition, and a lecture that reflects the theme of the particular exhibition.

Waldo, * around 740, † 29./30.3.813/814 in the monastery of Saint-Denis near Paris. He most probably came from Mosel-Franconian nobility in the immediate circle of the Carolingians. He worked as Charlemagne’s agent in Alemannia, was abbot in the monasteries of St. Gall, Reichenau and Saint Denis, an educator of princes, Bishop of Pavia and of Basel. We know his handwriting from the 14 St. Gall original documents that date from between 773 and 782. He is regarded as the first archivist of the Abbey of St. Gall who is known by name. On this account this series bears his name. 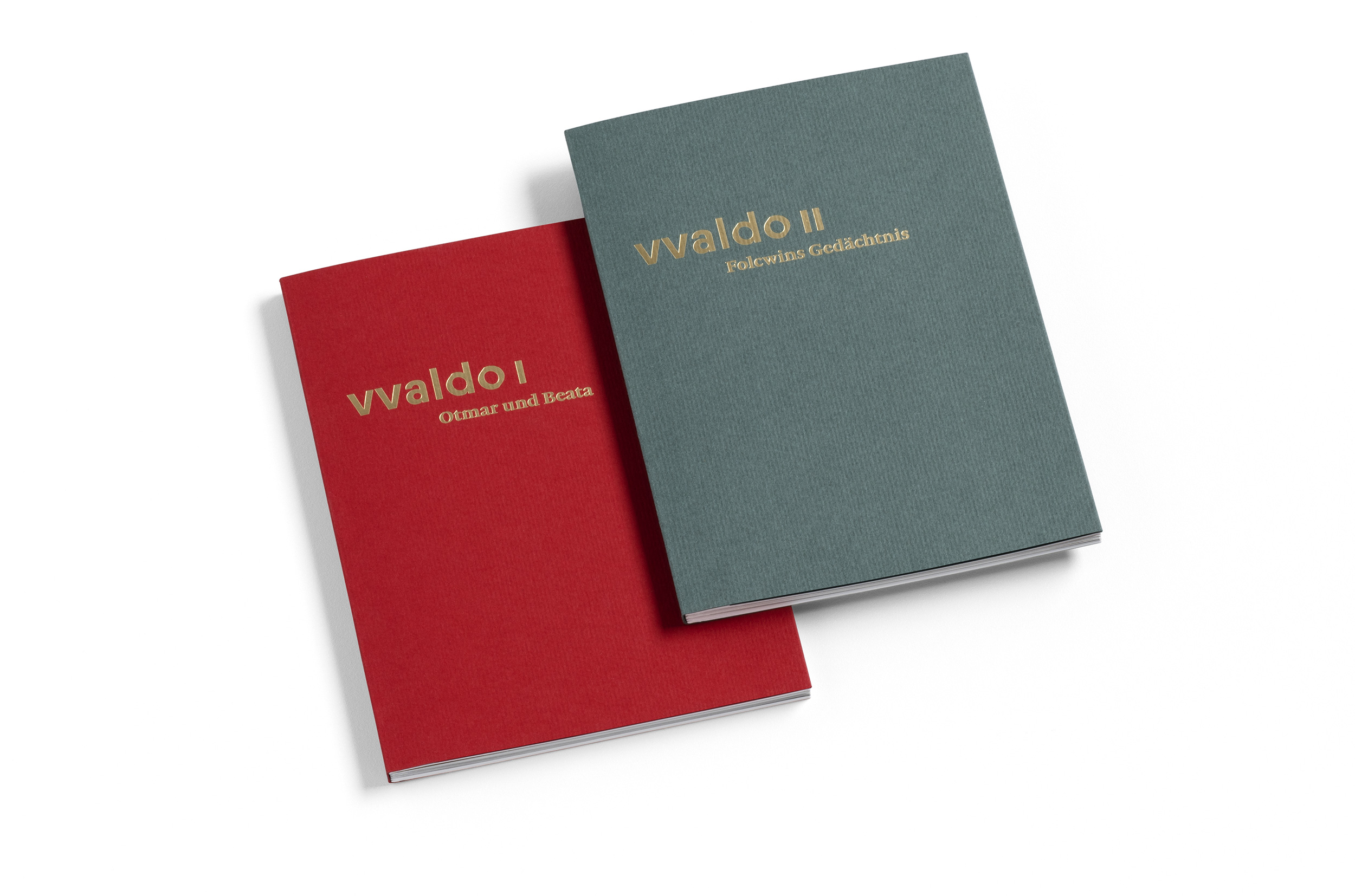 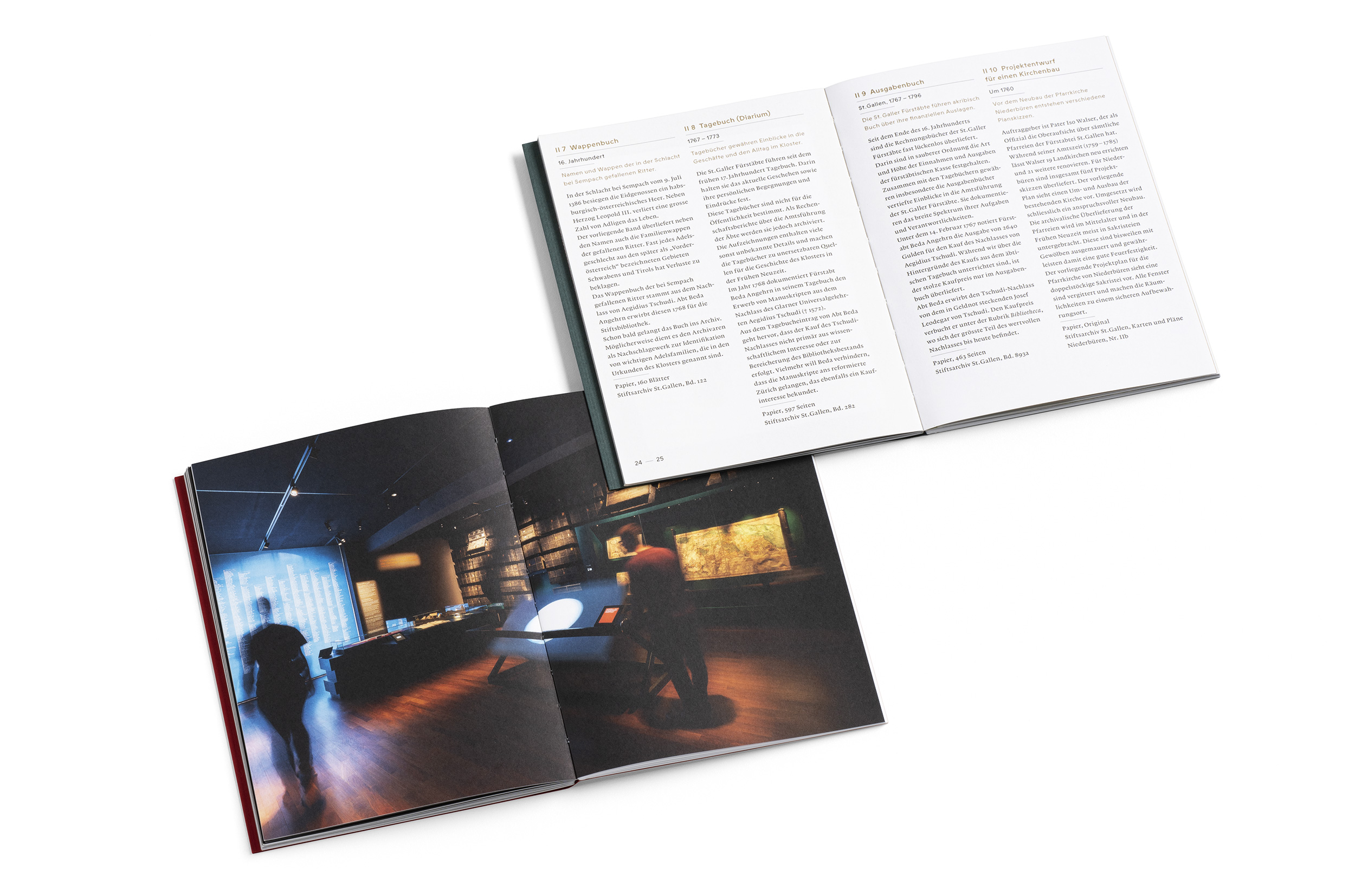 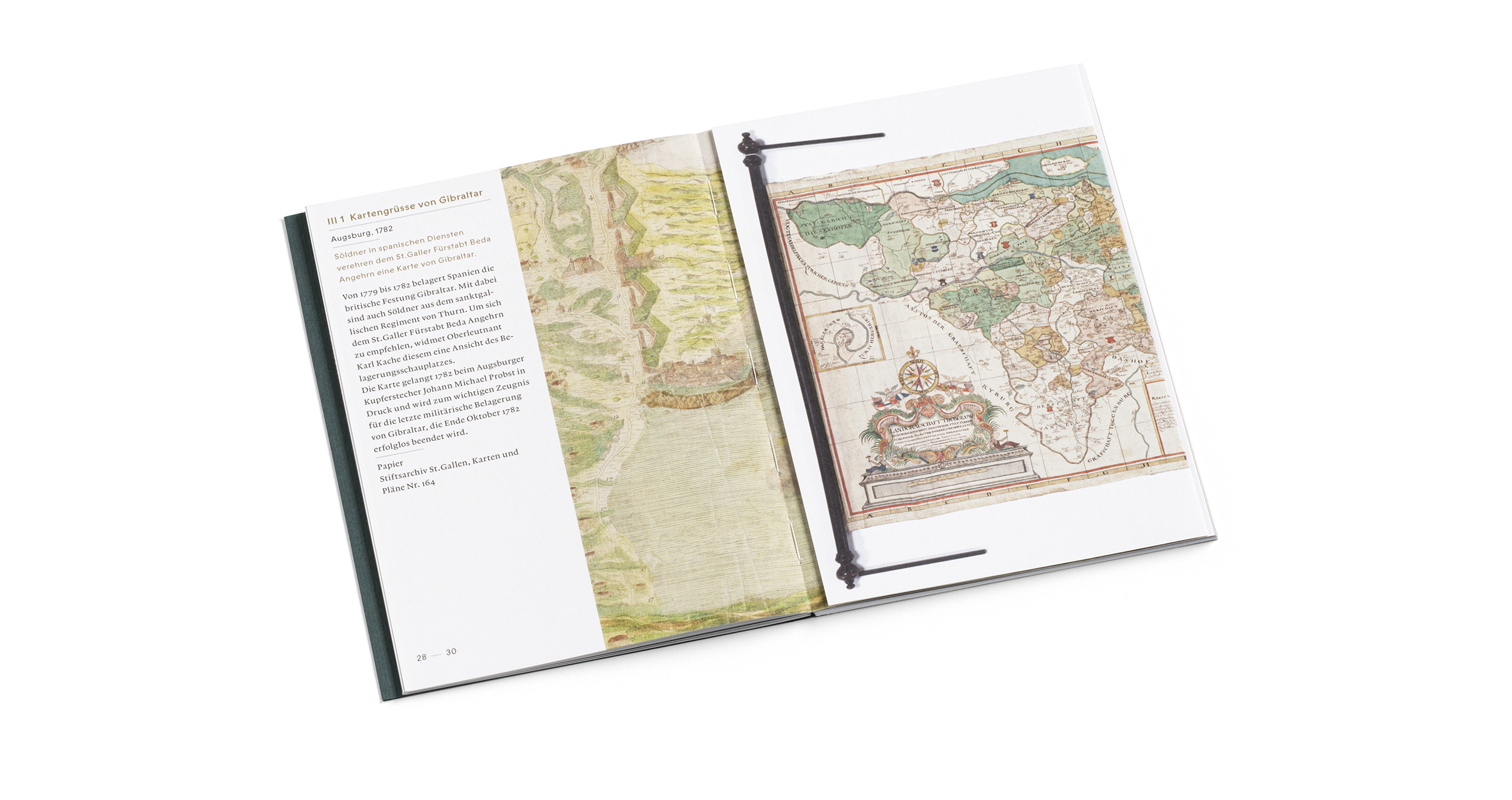