Playing a Graphical Game with Perception for Schendlingen School

In large public buildings graphic symbols, lettering and signs are often used to help people find their way around. In the case of the orientation system for the newly built Schendlingen School in Bregenz the designers of Atelier Gassner, a studio whose reputation has long spread outside the region, have succeeded in a coup. The signage here is made up two words placed prominently on the glass partition walls to important areas and rooms. However, these words do not simply stand beside each other, they run over each other. In addition they are connected by the cross-hatching called for by the building regulations in full-height glass walls to prevent people from walking into them. Out of these normative constraints Atelier Gassner has succeeded in generating a communicative and artistic added value. As you walk by these typographies, depending on the particular location one word or the other appears clearly legible, as if by magic, but in-between the interferences of the overlaid letters and lines create their own delightful, constantly new game.

The signage outside the building varies this connection of cross-hatching and letters and interprets the graphical elements in the interior in a way that is appropriate to the materials used outdoors. The relief-like lettering is cast directly into the specially made exposed concrete parapet walls at the approaches to the building. Here the play of light and shadow creates a texture that changes during the course of the day.

The focus is on the phenomenon that perception is always related to space and time. The submission by Atelier Gassner, which was chosen by a sizable margin in an ideas competition, convinced the jury above all through this lively game played with perception for a building in which conveying things worth knowing and seeing to around 600 children and young people is a main focus. 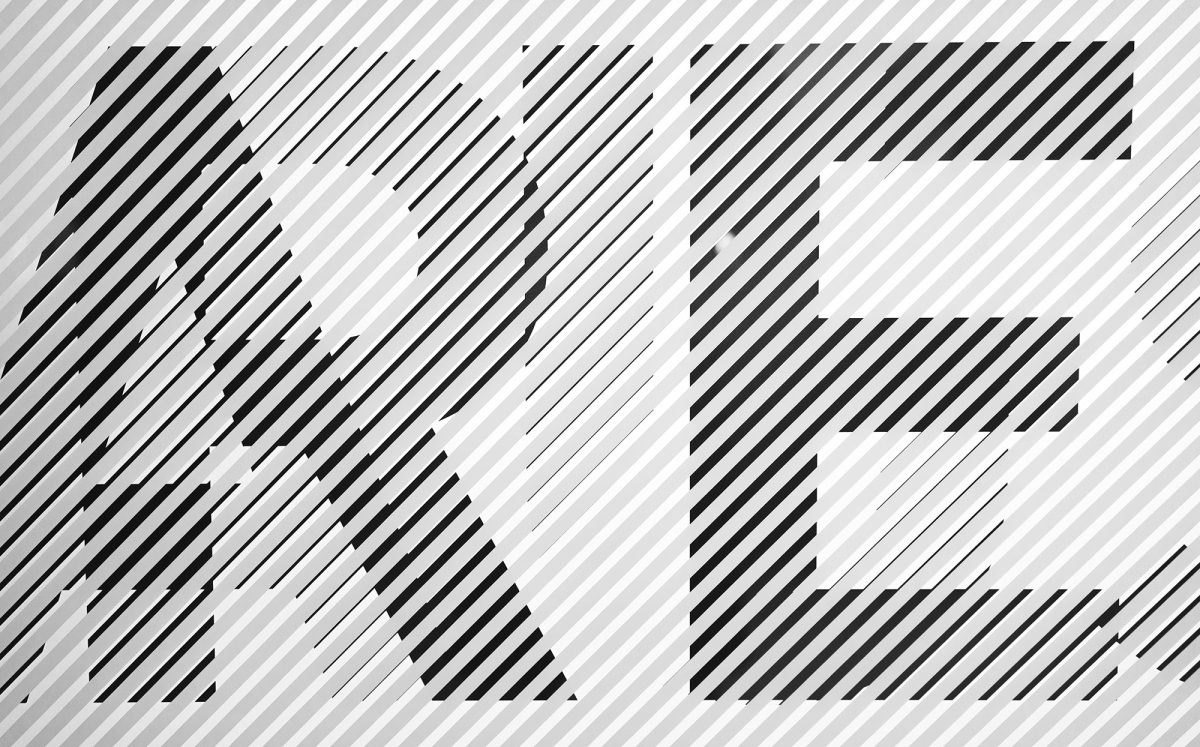 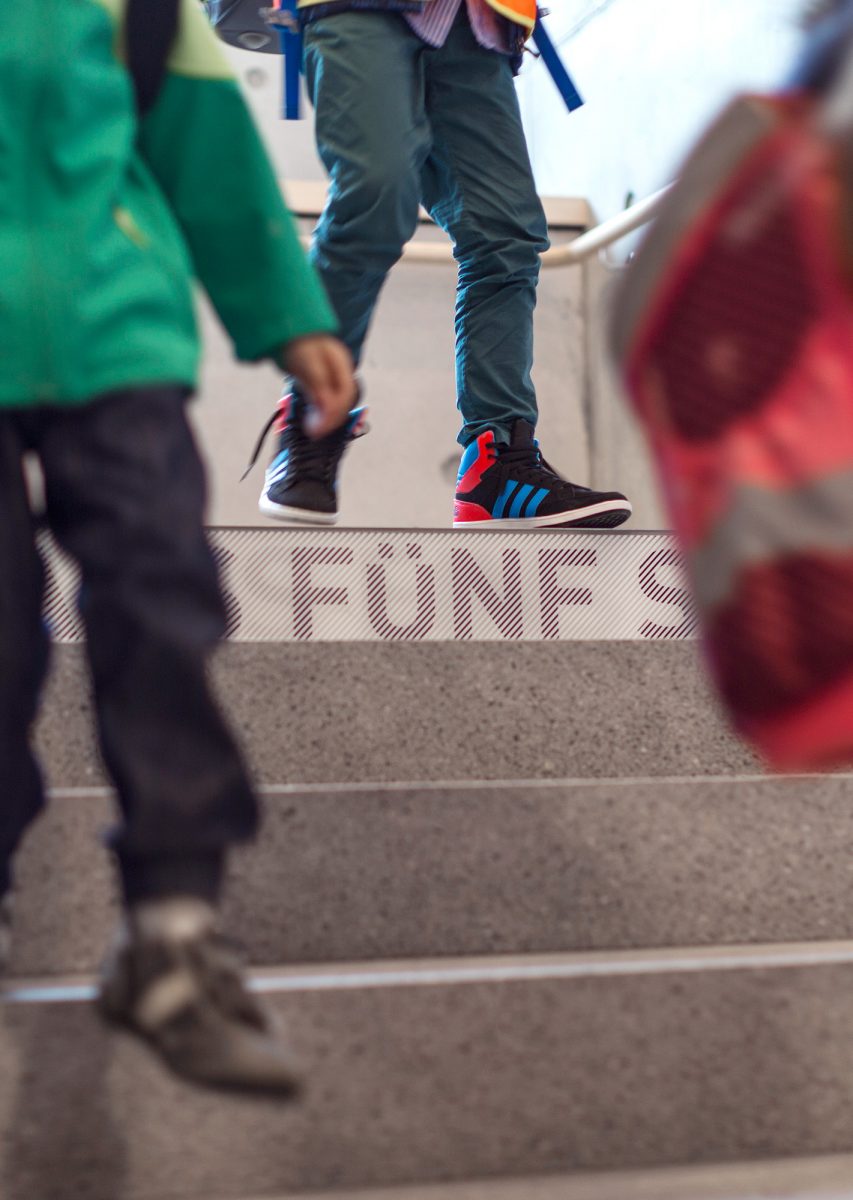 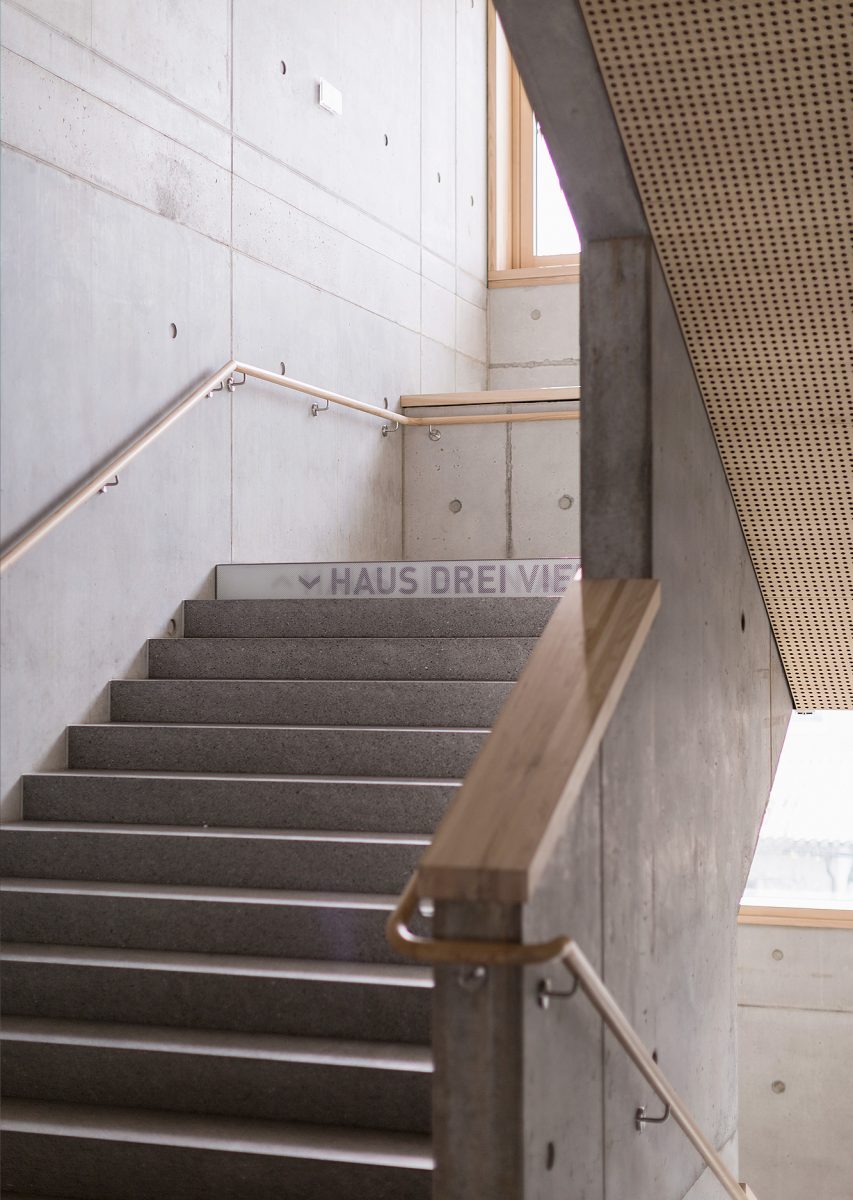 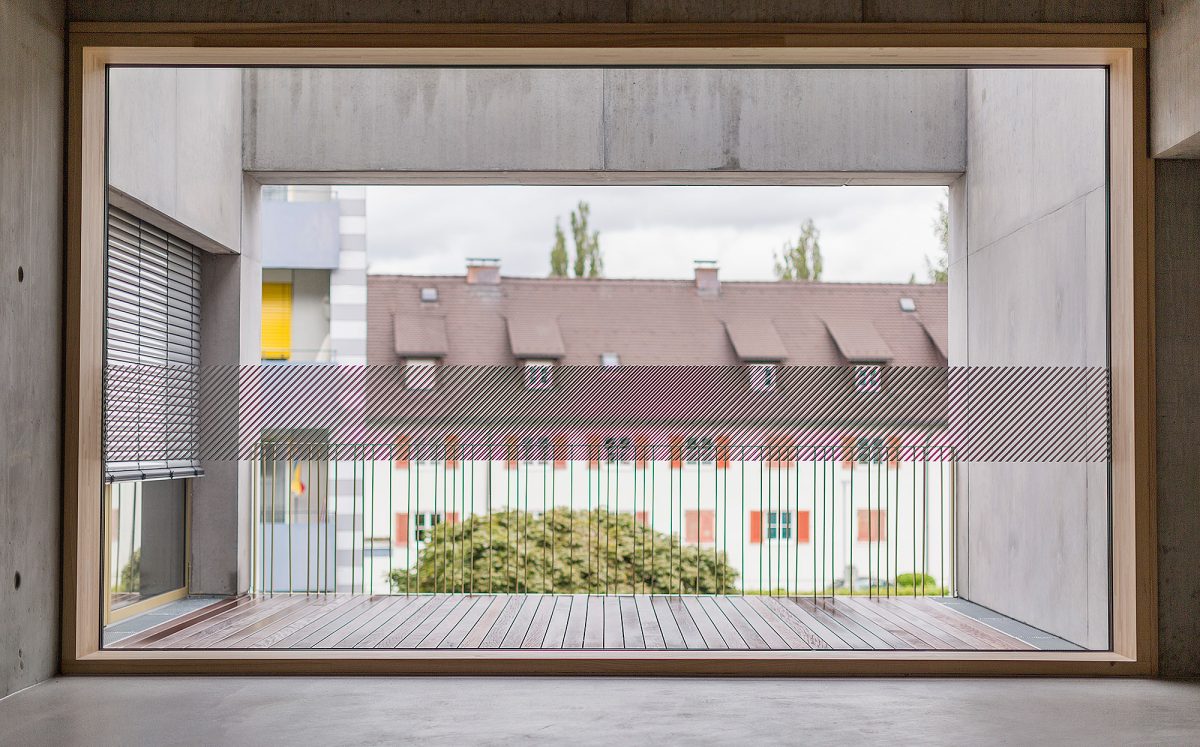 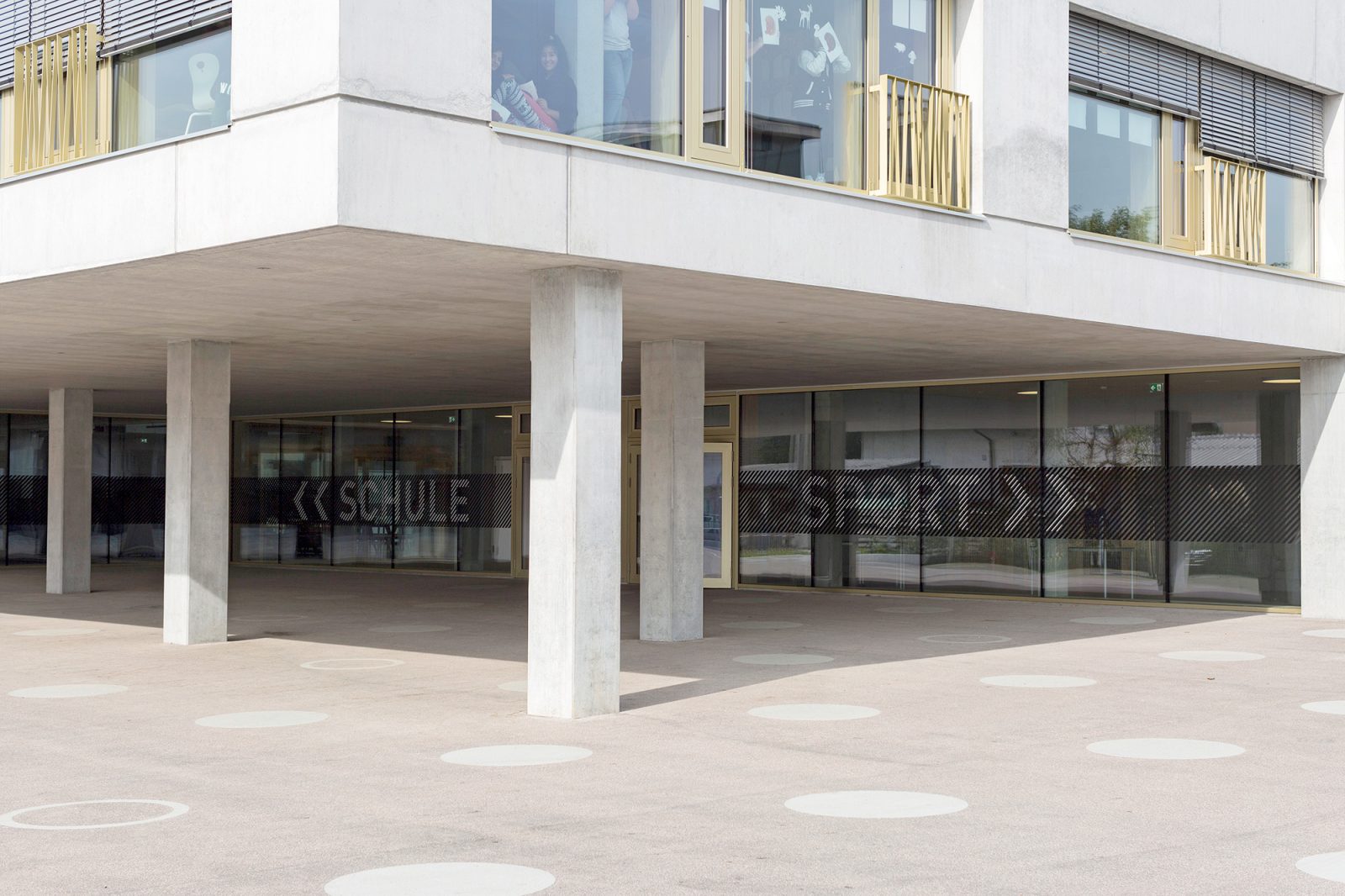 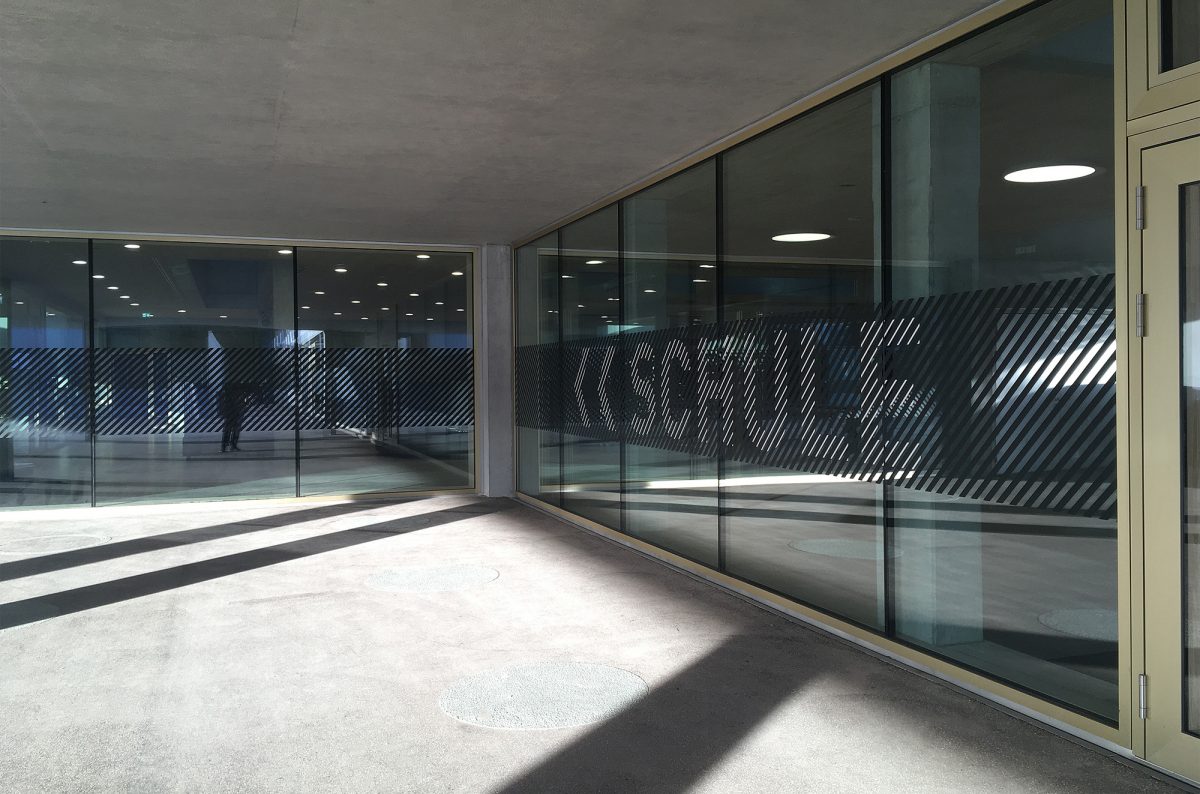 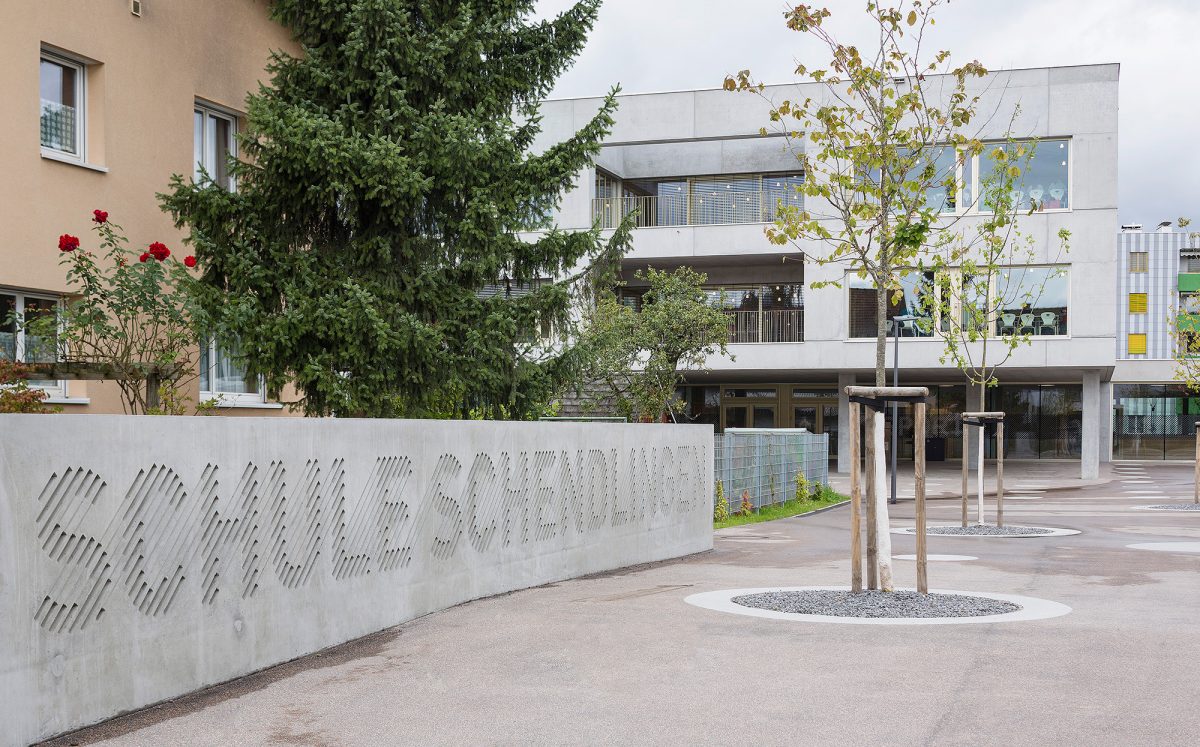 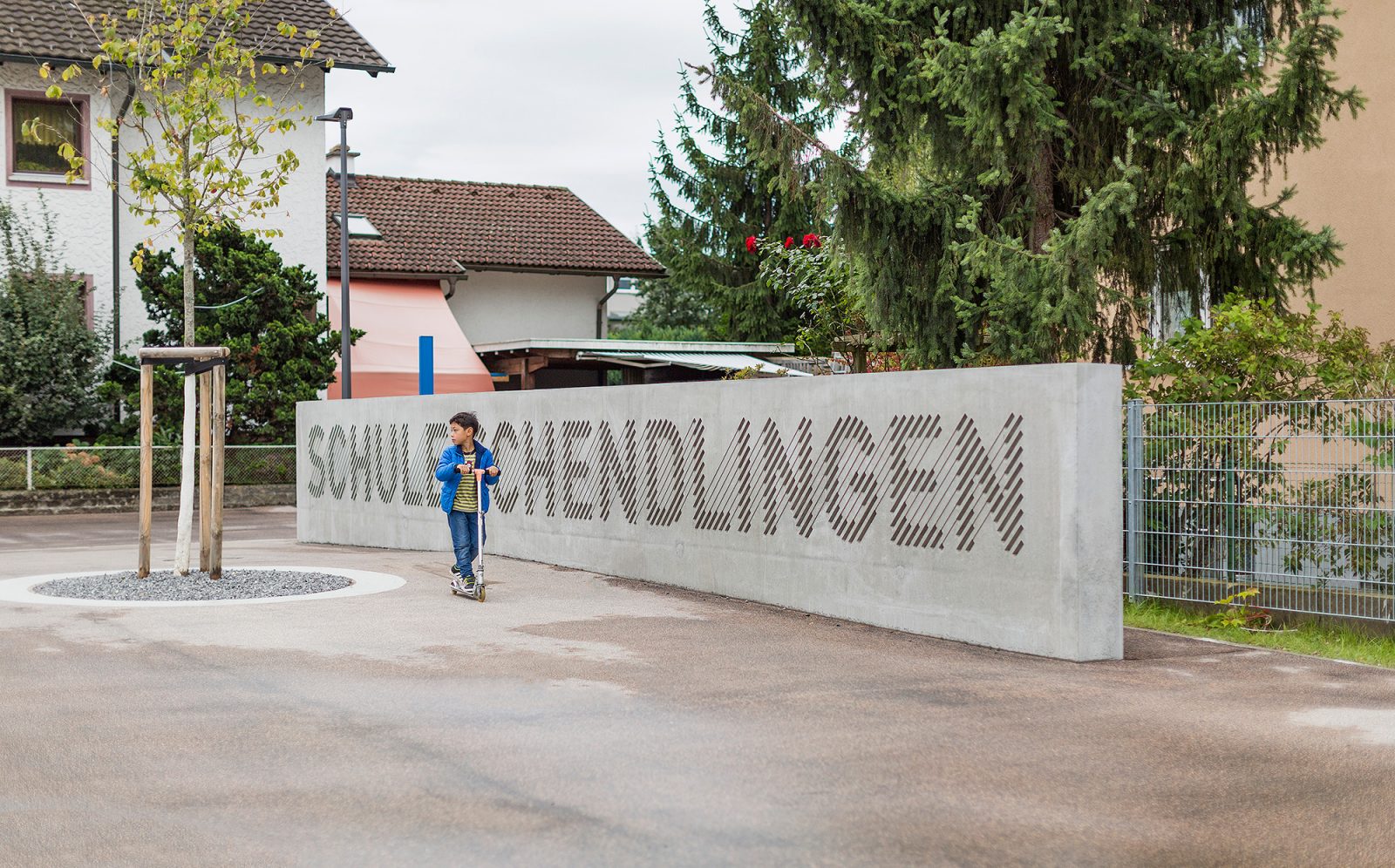 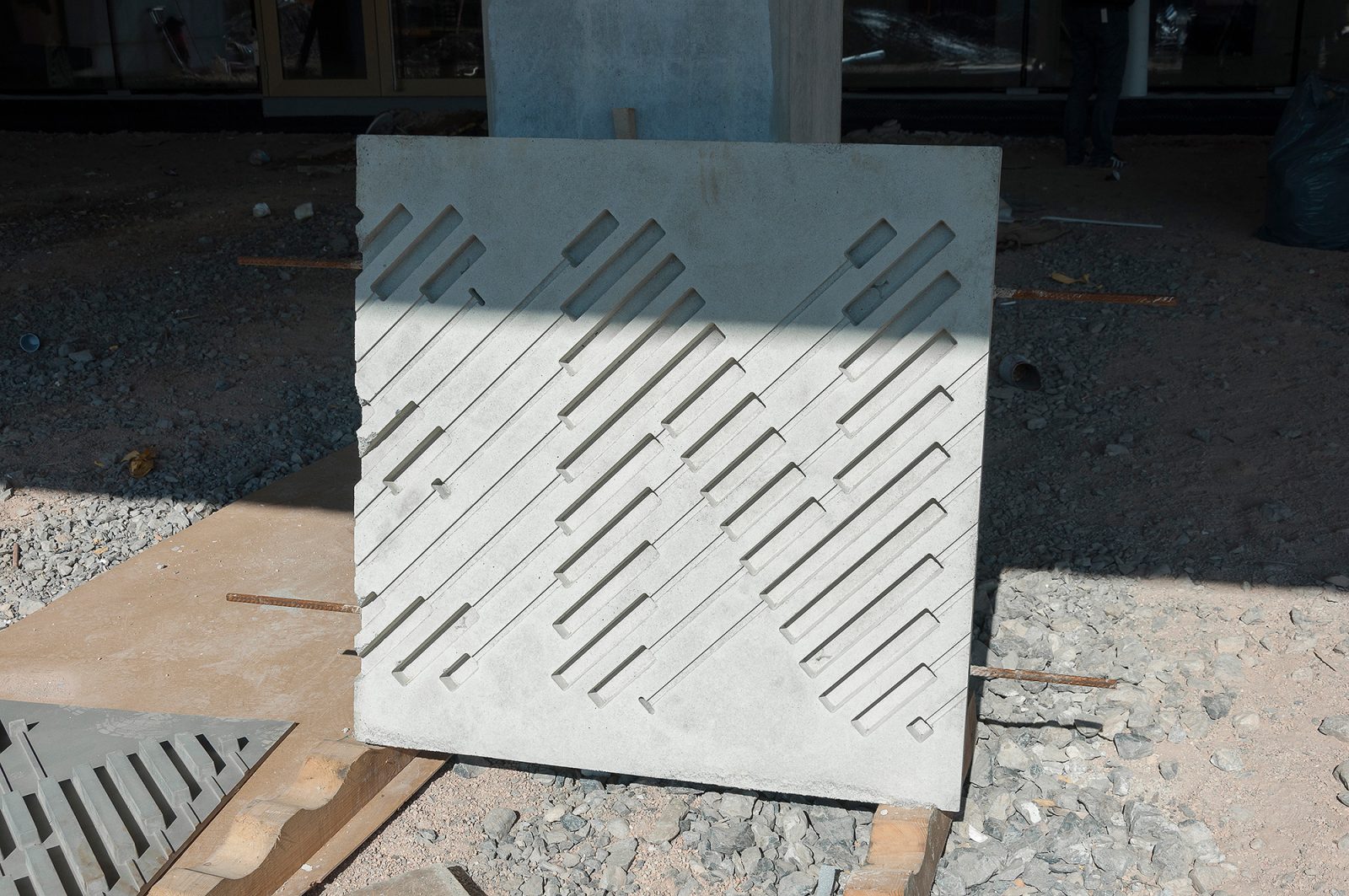