Elementares zum Raum – theory and architecture in a single book

The works of architect Roger Boltshauser provide the framework for a differentiated examination of the human perception of space and of its basic elements. In the first half of the book theories of spatial perception are presented, illustrated and discussed. This part reflects the joint teaching work of Roger Boltshauser and Aita Flury and, in the form of a dialogue, links various approaches and scales ranging from the individual building to urban planning. The second part forms a complement to the first and presents Bolthauser’s works. These are, at one and the same time, both a link and a contrast to the discussions in the first section. The functional, severe and reading-oriented design of the first half of the book here gives way abruptly to a fully illustrated and generously wrapped layout that expresses the strongly defined tectonics and powerful structure of Boltshauser’s buildings. German and English are ascribed equal importance and are consistently placed side by side. The typogramm used to differentiate the languages and to organize the contents hierarchically contains two families of typefaces from the 1950s – Univers by Adrian Frutiger and Melior by Hermann Zapf.

The special challenge lay in preventing the book, which has two (apparently) different halves, from “breaking part”. The integration is achieved by directly meshing different examples of images and by the use of certain design measures: a finely articulated basic grid, graphic severity, deliberate breaches of the rules in the layout, and black and white Duplex reproductions throughout on finely coated, matt art paper. 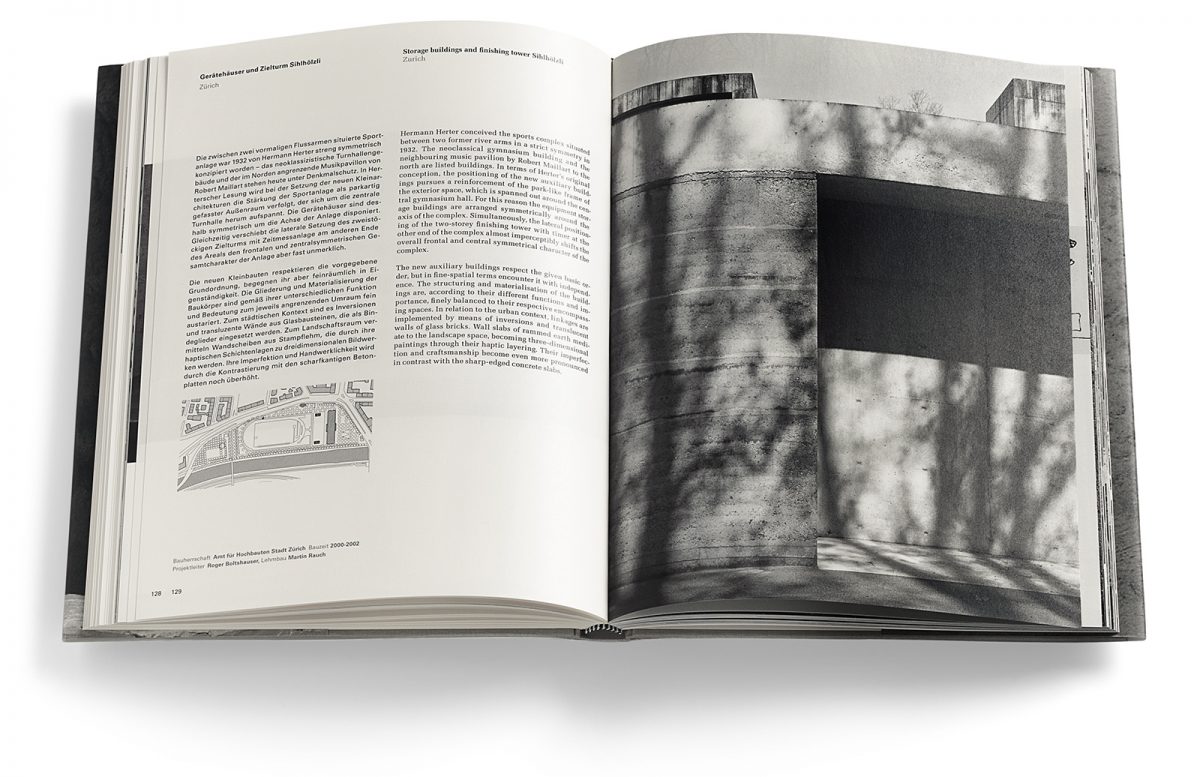 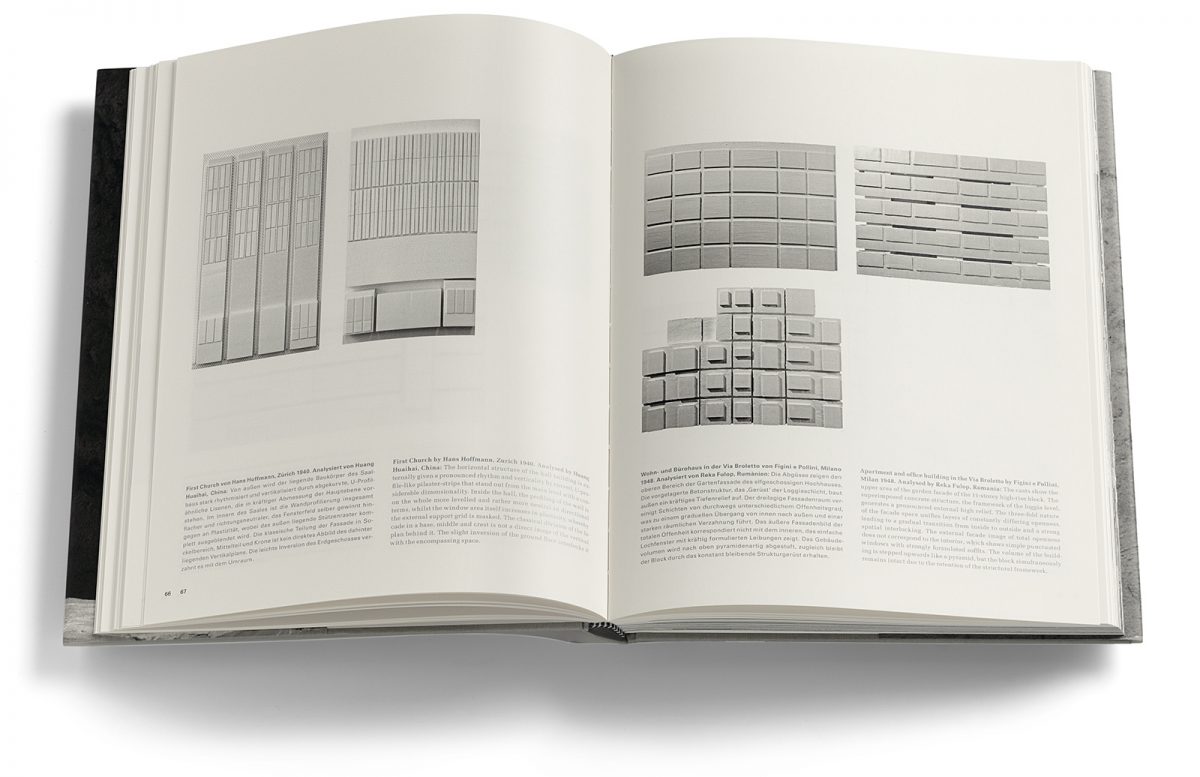