WOLF – poster series for the James Joyce Passage in Feldkirch 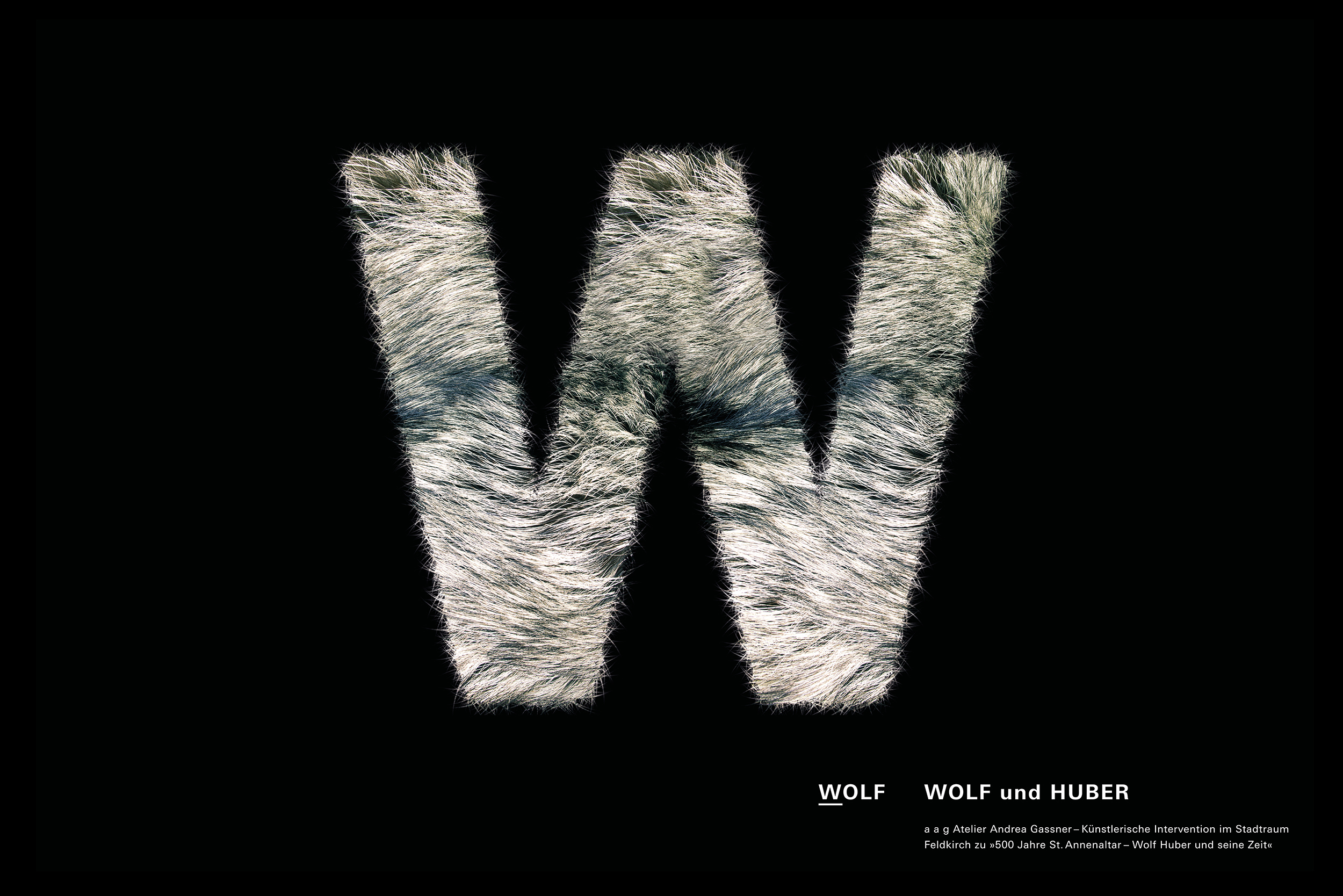 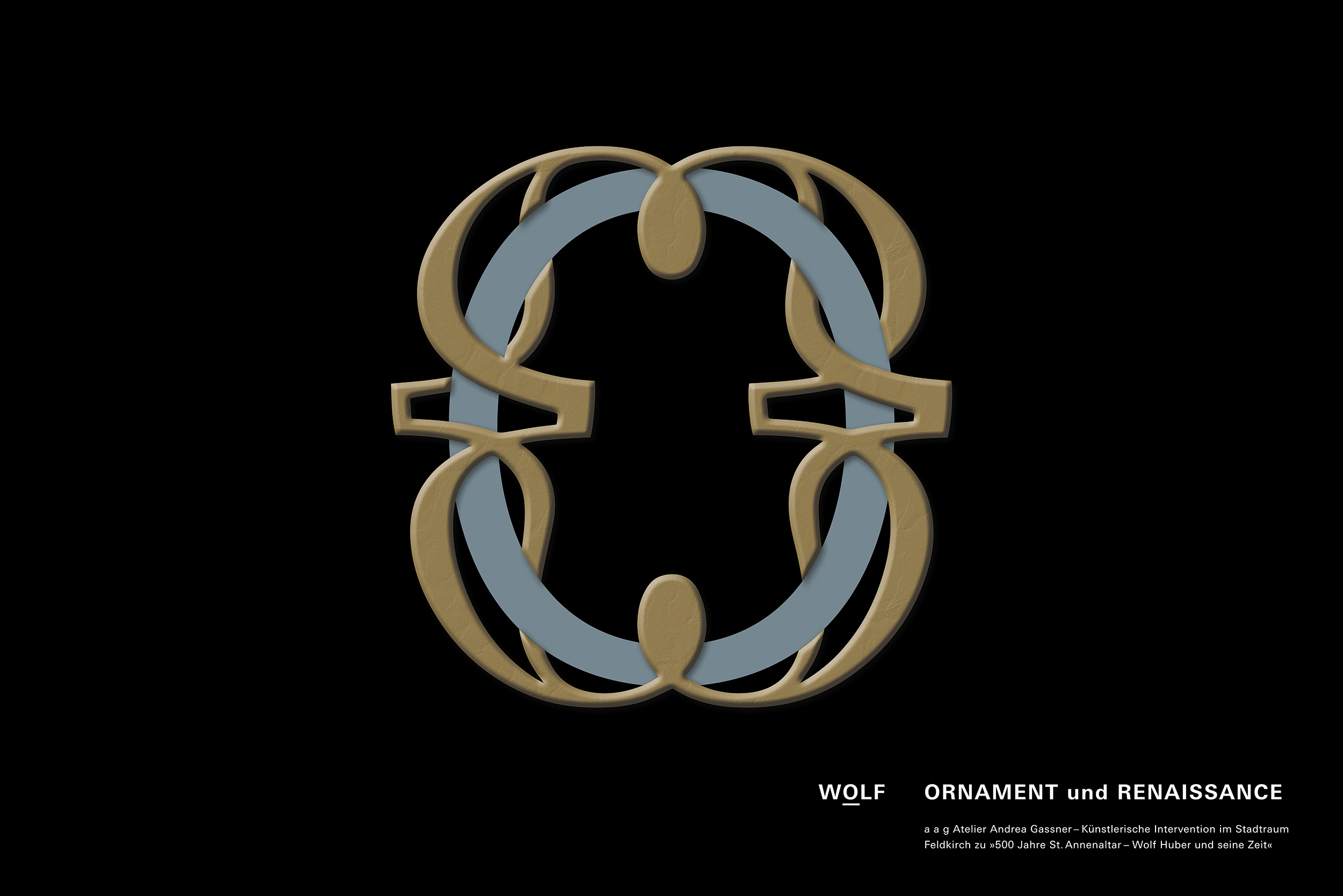 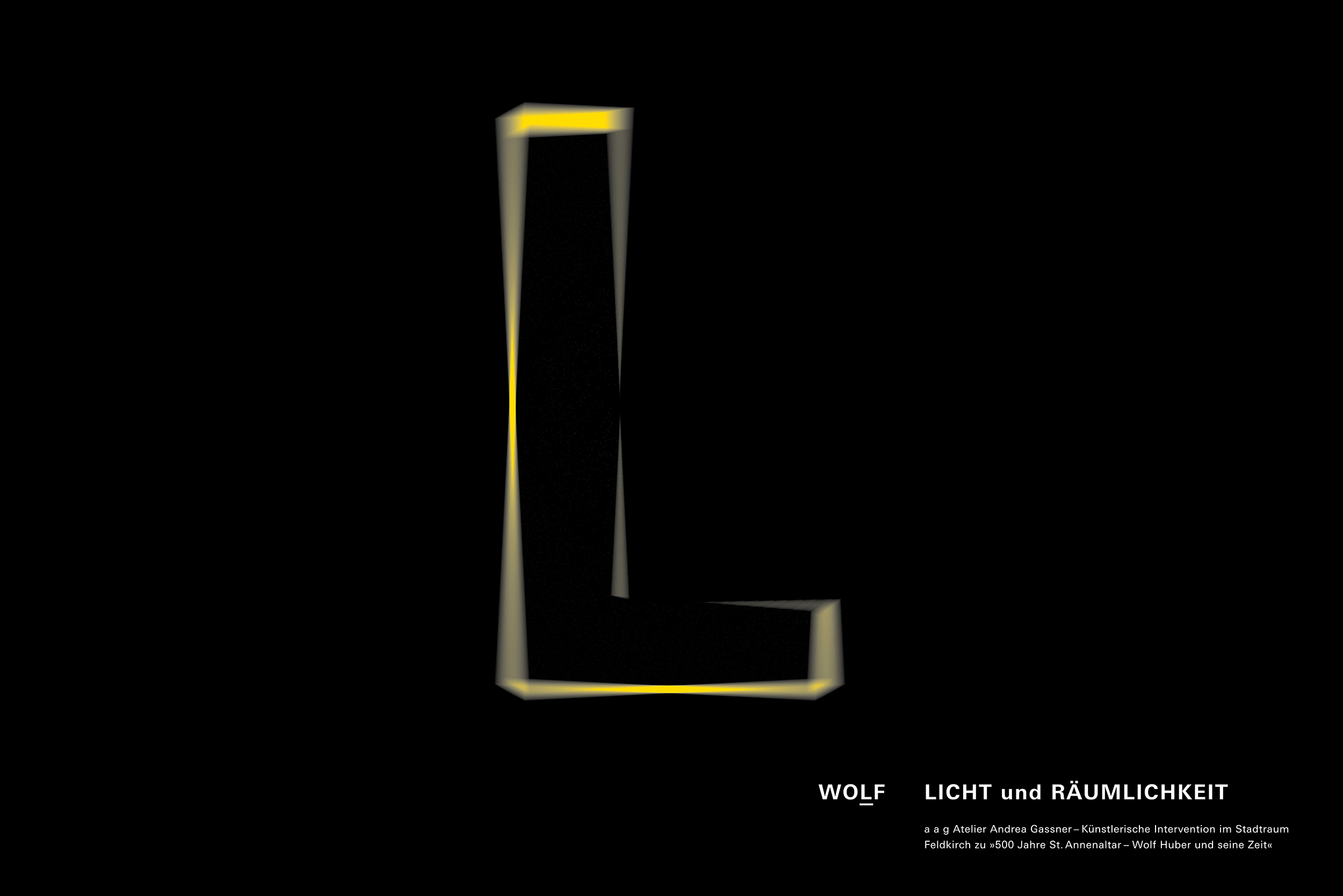 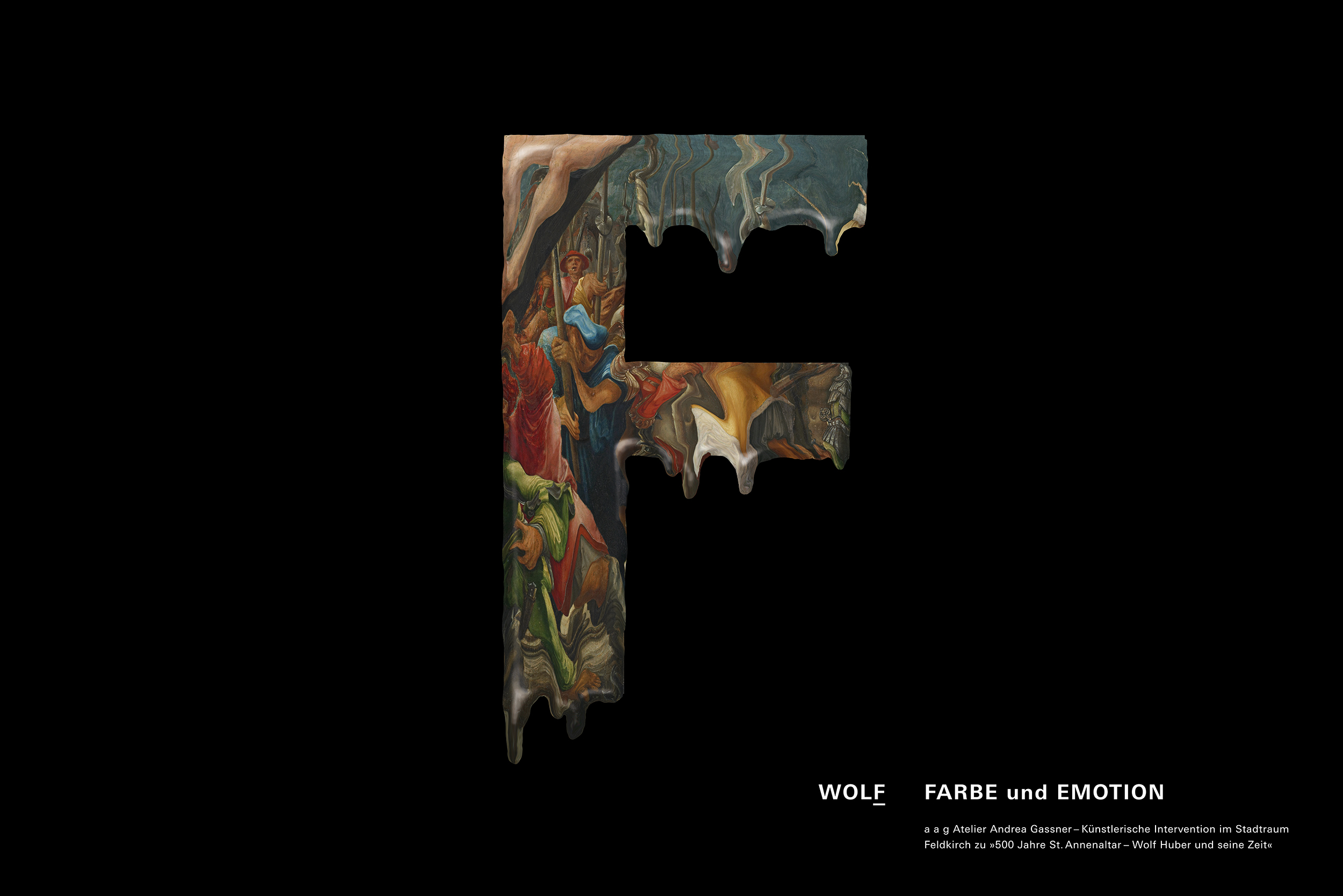 The artistic intervention made by Andrea Gassner to mark the anniversary year quotes fragments from Wolf Huber’s most important visual work. Alone the choice of the first name “Wolf“ as the initial typographical visual medium refers semantically to an ambivalent narrative. In the cycle of images for billboards in the James Joyce Passage iconographical quotations from Huber’s visual work are integrated in the capital letters W O L F. Huber liked to make dramatic use of light, shadow, and space. He preferred garish colours and exaggerated facial expressions.

The work for the glass cube on Jahnplatz continues the game played with the capital letters of the name W O L F but in three dimensions. Through Gassner’s interpretation of Gothic windows as a frieze of pointed arches the cube mutates into a kind of sacred showcase. The large punched-out letters and the yellow-coloured glass that backs them develop an unusual translucency and an interaction of light and space.

WOLF HUBER
was an important Austrian-German Renaissance painter, printmaker, and architect. Born in Feldkirch in 1485, he worked in Passau from around 1510. In 1540 he became court painter at the bishop’s  see there,  and in 1541 was appointed Passau town architect. He died on 3 June 1553.

ORNAMENT AND RENAISSANCE
Wolf Huber was one of the most important masters of the Danube School – a Renaissance stylistic movement. It began in the Danube valley area in Austria and Bavaria at the end of the 15th century and extended across a large part of the alpine countries

LIGHT AND SPATIALITY
In terms of content and form light, colour, and space are taken beyond their natural function. Poetry or drama shape the pictures in which nature and human beings blend to create a single entity. Instead of noble restraint, there is strong emotion, instead of harmony distorted proportions.

COLOUR AND EMOTION
Wolf Huber liked to use garish colours and exaggerated facial expressions. Human beings are depicted as vulnerable creatures; not composed but furious or fearful, they do not simply accept but suffer. Even the faces of the animals express deep feelings.