For many years now “Magazin  4” has been a hotspot in Bregenz that provides impulses and is well known for its cultural events. Magazin 4 functions as an urban facility with a large programmatic open area and, in terms of its profile, has always been able to follow an independent line. Ten years ago, Atelier Andrea Gassner revitalised the Bregenz city trademark, at the same time giving the city’s profile a new direction. Now the outdated brand “Magazin 4” has been operated upon using a sharp knife. These days, evolutionary corrections to existing logos often prove more effective and better equipped for the future than severe cuts and novel solutions, which in the competition for attention have to start from zero and, in order to strike a positive balance, must first of all reach their original level again.

The visual interventions: modernisation of the monospaced versal typography as well as the omission of the underlining and the black field for the number 4. Instead, a “pipe” (vertical line) is used. As a result, the brand is more flexible to use and more open. Subtitles and the accompanying typography are borrowed from the design program used for the city’s profile, which awakens the intended secondary association with the corporate identity of Bregenz. The first application of the basic system – the name on the facade and the graphics in the interior – demonstrates functionality and a contemporary habitus. 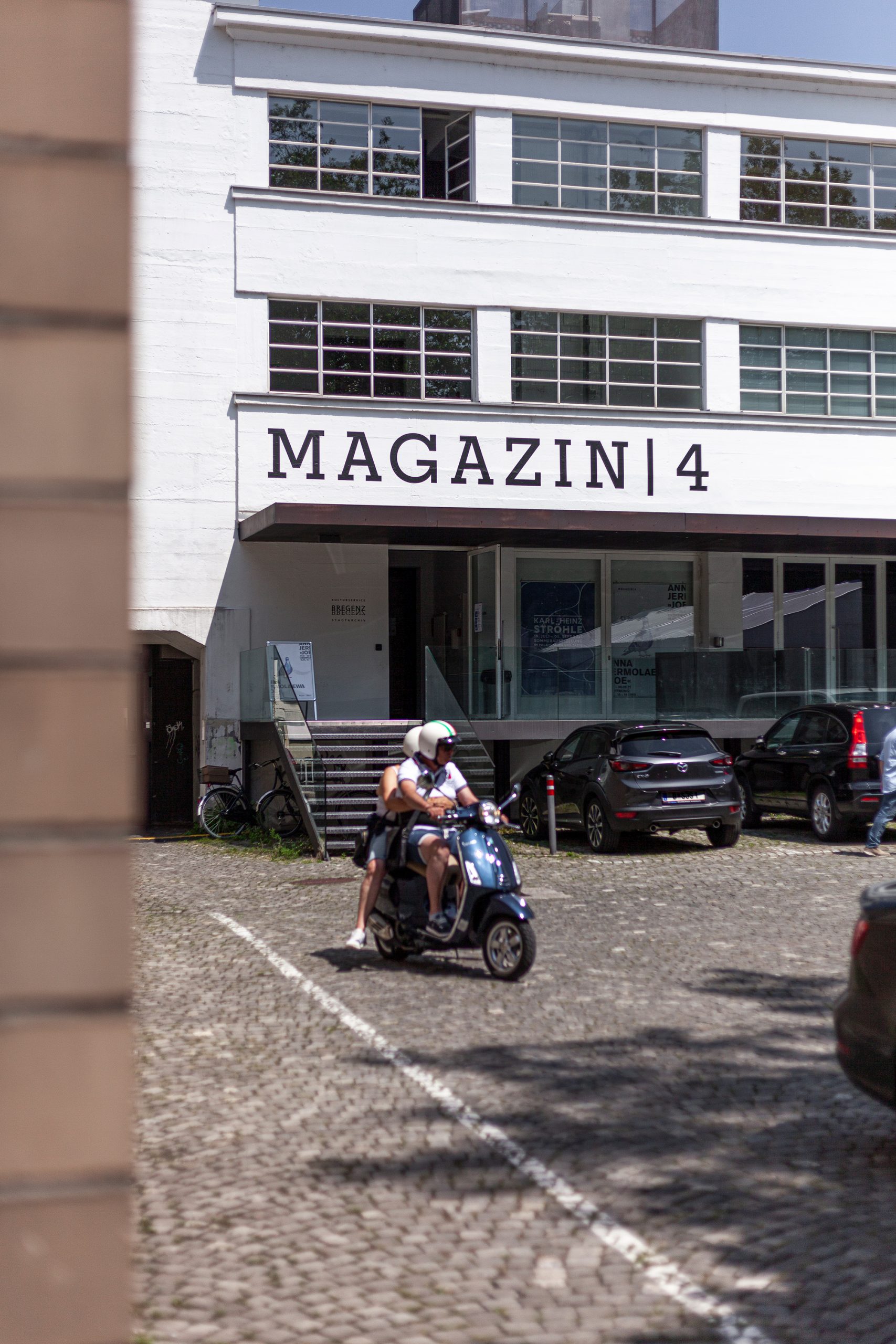 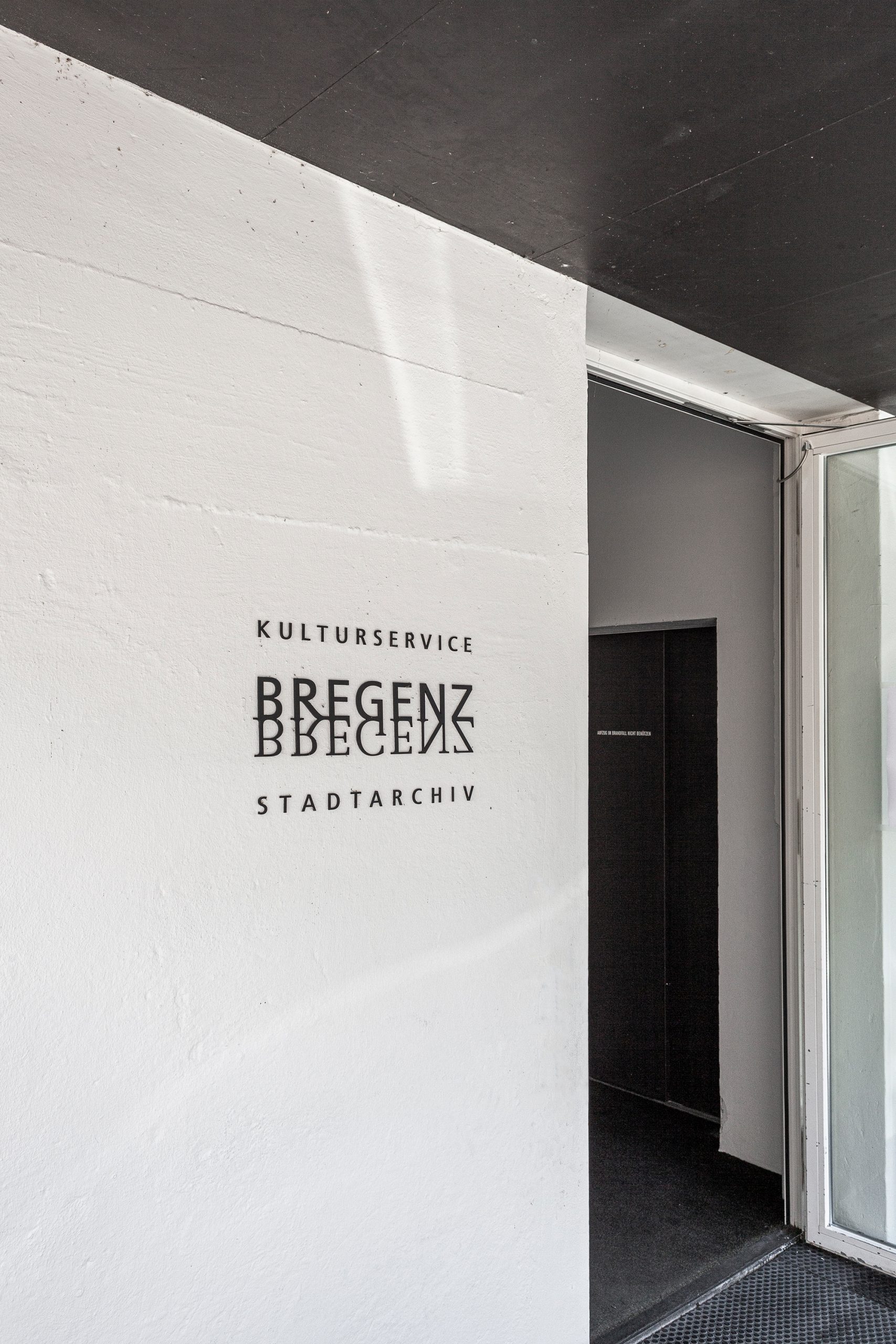 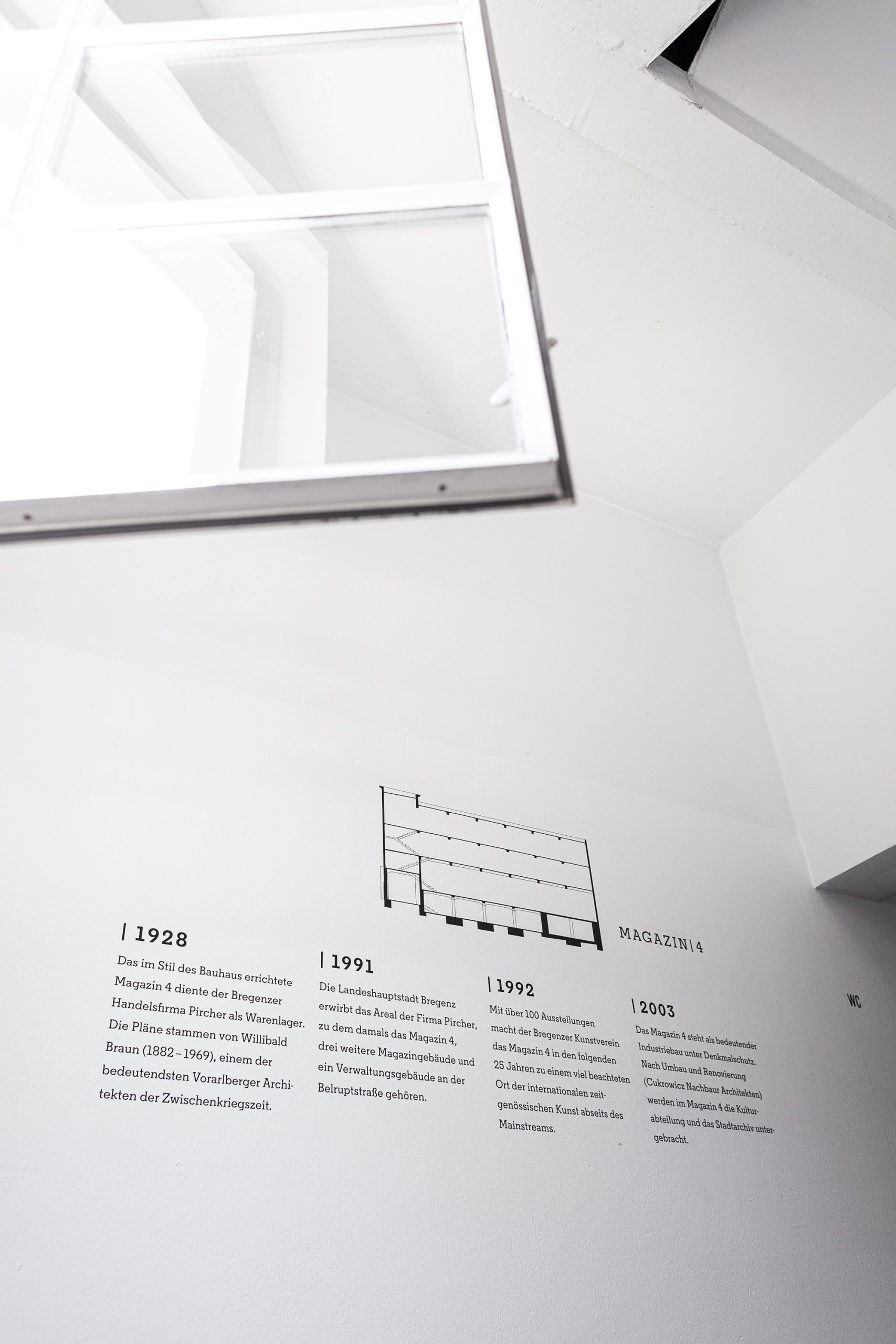 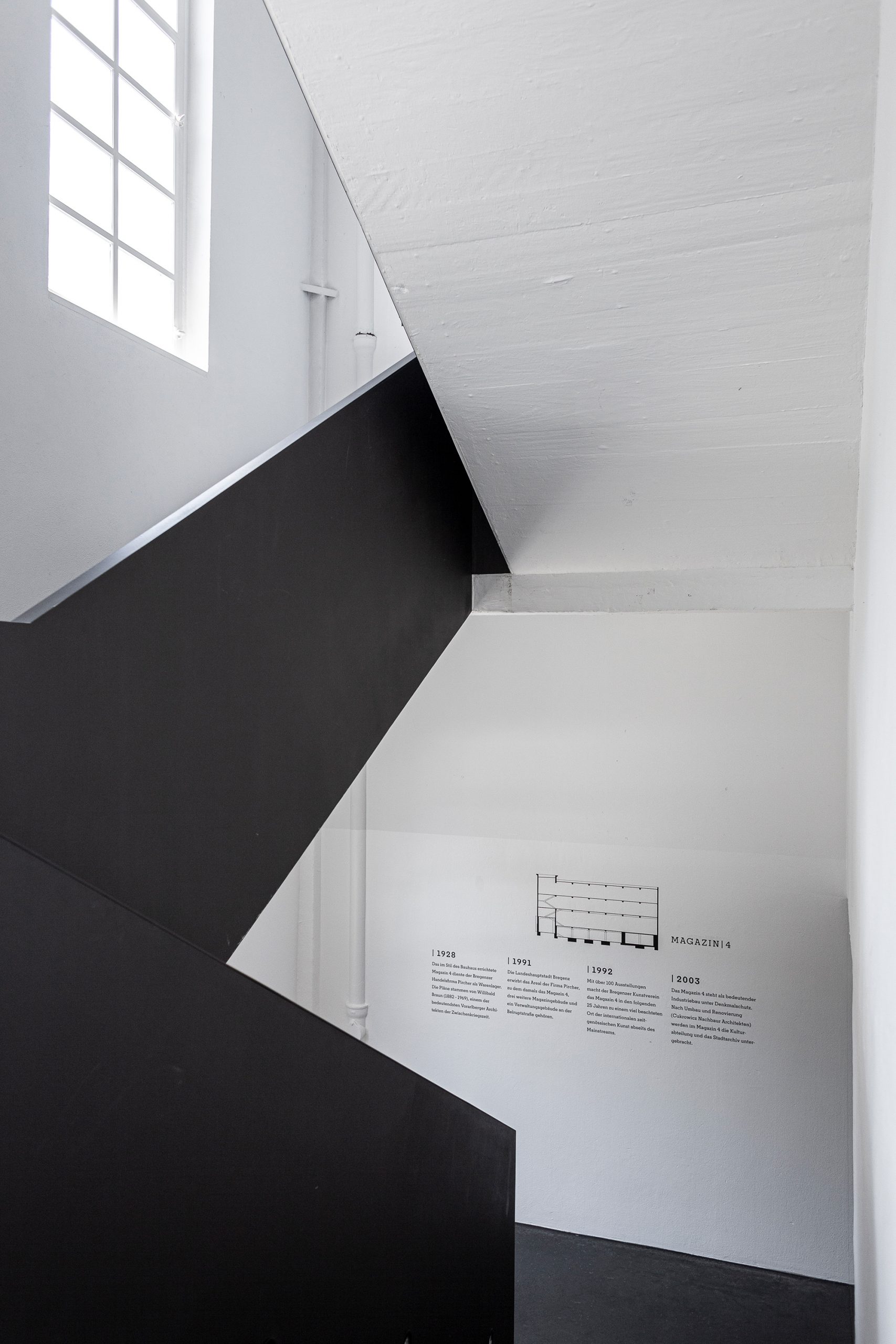