There are a few consistent symbols used for visual identification of pharmacies. We often see the serpent’s staff, originally the attribute of the god of medicine (Aesculapius) – sometimes used in relation to a stylized apothecary’s scale or twisted into the capital letter „A“ for the Austrian Chamber of Pharmacists. Internationally however, a green cross is commonly used to signify pharmacies and medical areas. This symbol serves Atelier Andrea Gassner as a visual building block for the appearance of the new pharmacy in Feldkirch-Tosters. Formal elements of the green cross are interwoven in the lettering „Apotheke Tosters“ itself, forming a striking word and picture mark, which is skillfully continued on the wall-high glass facade and in the interior of the pharmacy. Light effects that change in shades of green on the back of the shelving units give the shop window its luminous power at dusk and in the dark. The intertwining of shop and corporate design, of lighting concept and line of sight thus develops into the attractive overall appearance of the new specialist shop for pharmaceuticals and medical products. 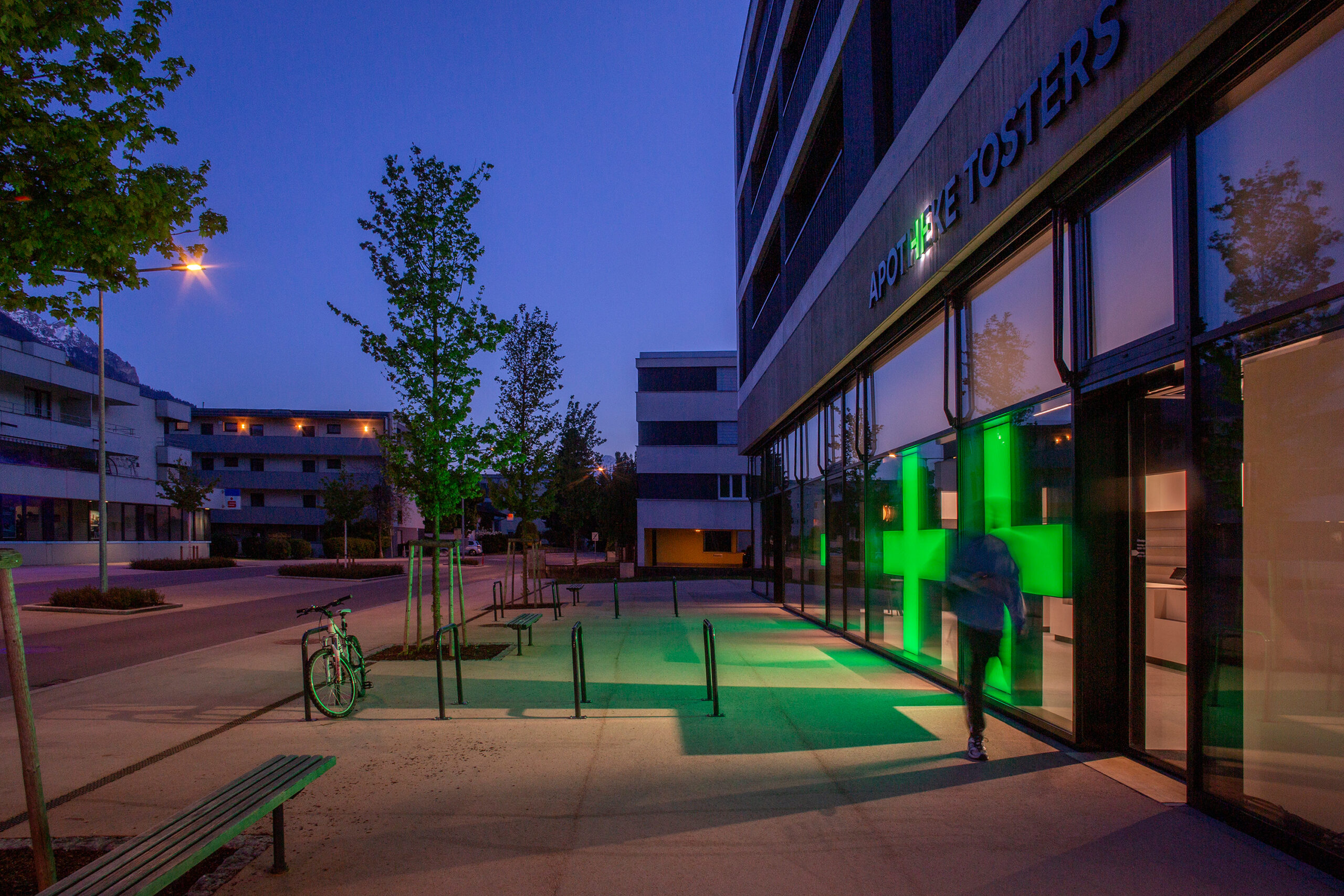 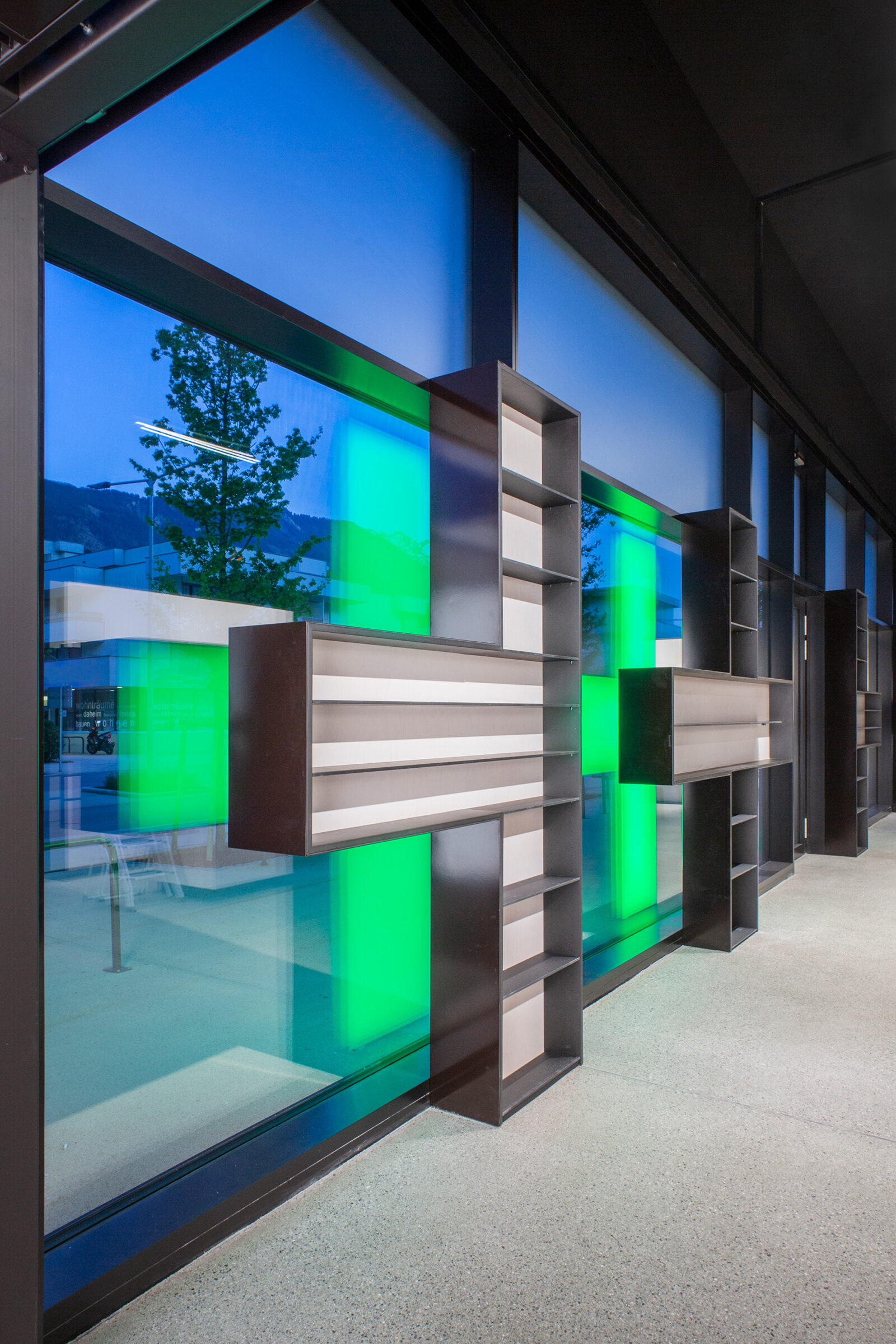 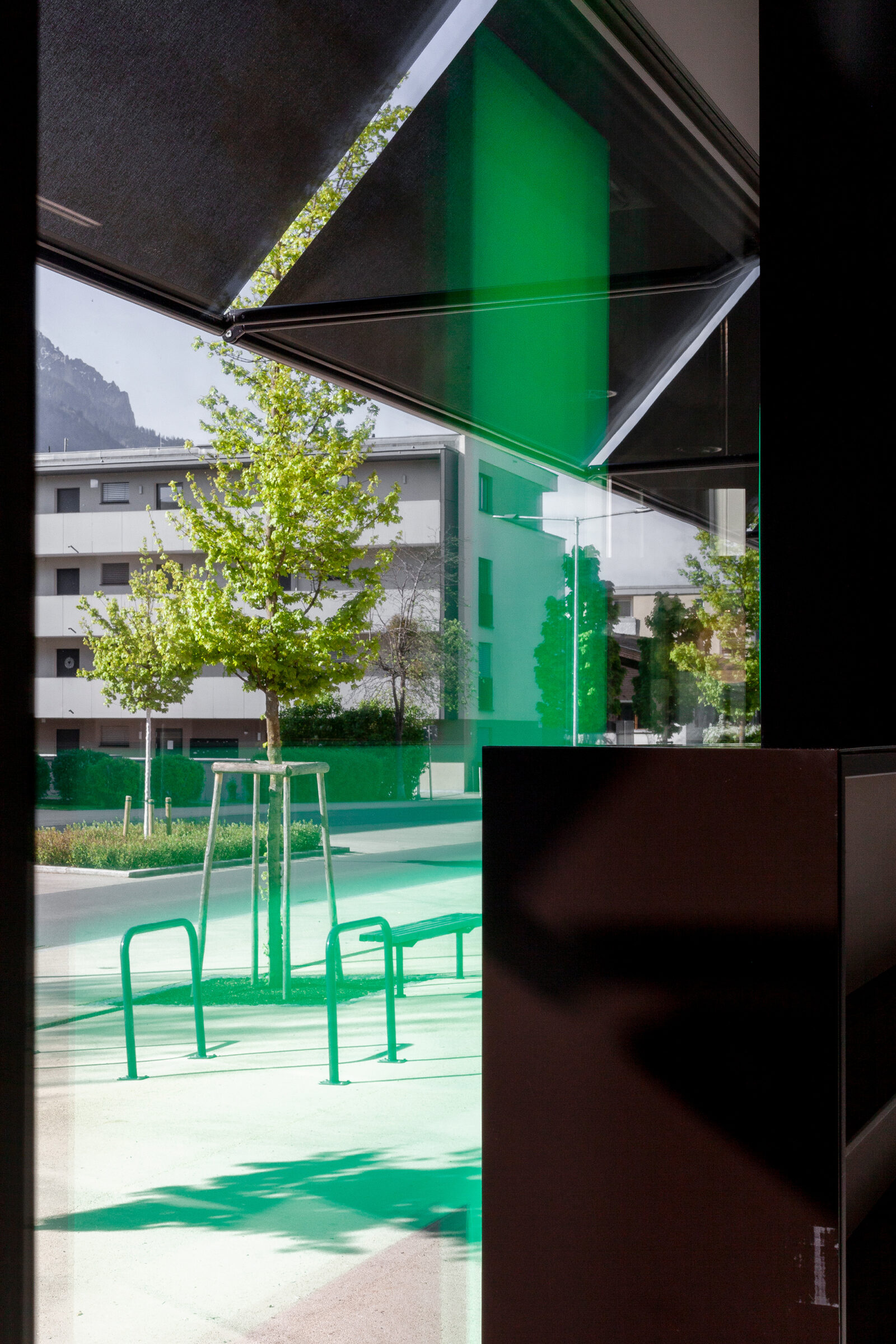 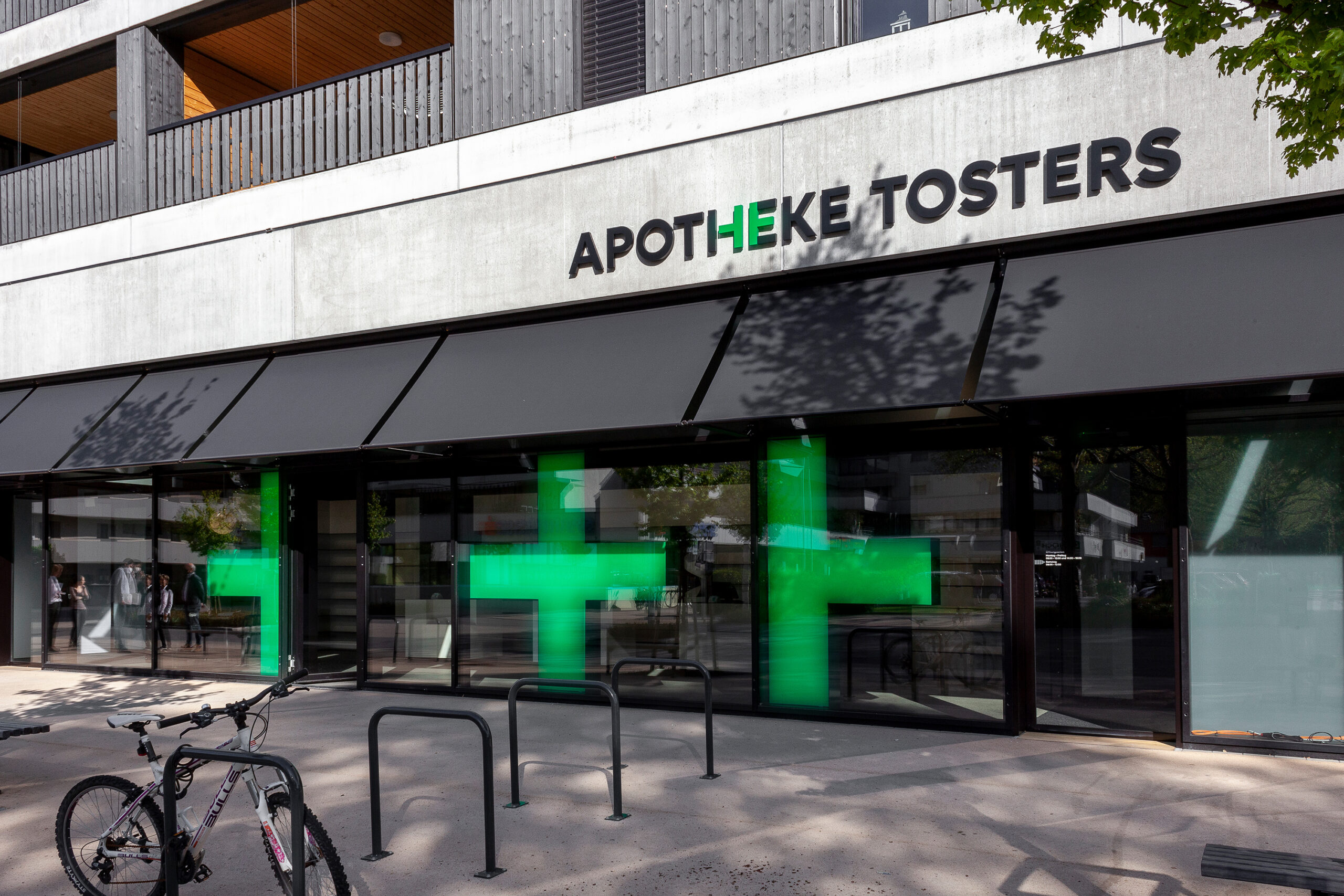 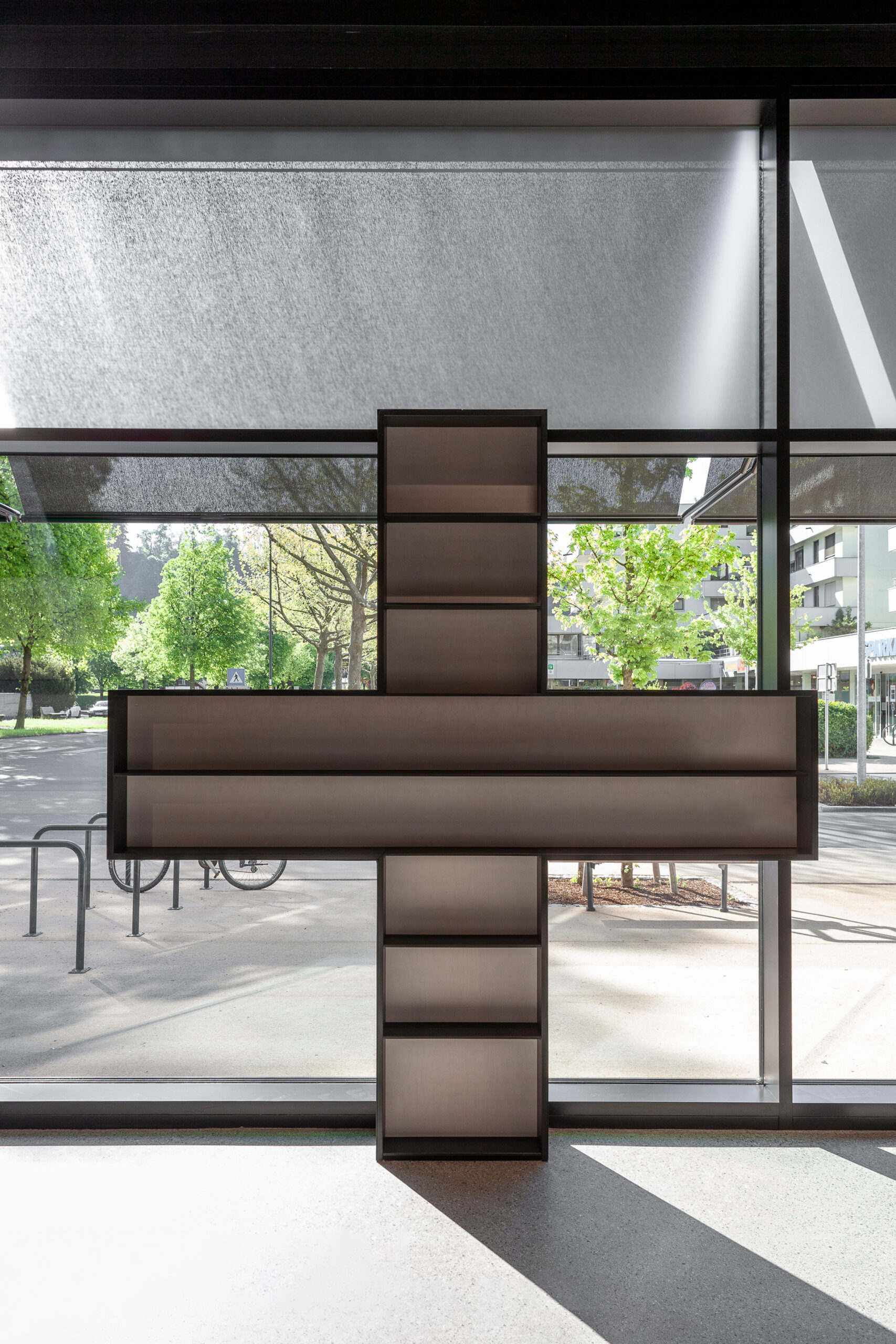 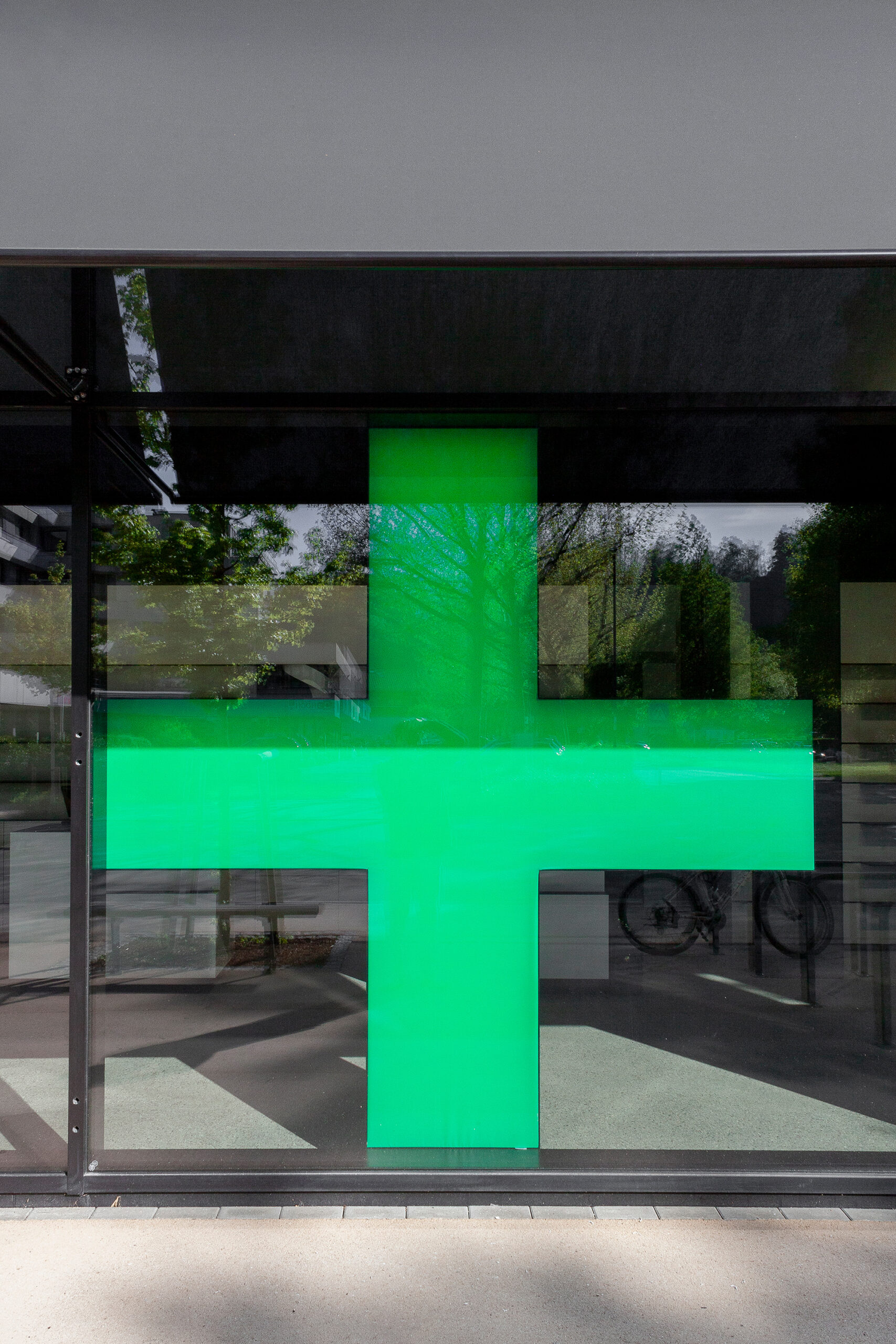