This book serves as the exhibition catalogue for architecture photographer Ignacio Martinez. His aim is to show pictures without text, hence the title “Der stumme Blick” (The Silent Gaze). The image on the cover shows a much enlarged shadow of the photographer’s father cast on Spanish ground. In the book the pictures are combined in groups of three. For Ignacio Martinez the formal relationships between the photos are important, and not so much the buildings themselves. When you first open the book it is black and white. The content is revealed only when you open out the folded pages. The groups of three photos – the triptychs - are not accompanied by any text. The relevant facts are to be found in the information graphics in the appendix. In an overview the most important photographic lines are shown and something about the formal aspects is conveyed; at the same time this approach also allows the editorial information about the pictures to be correctly ascribed. 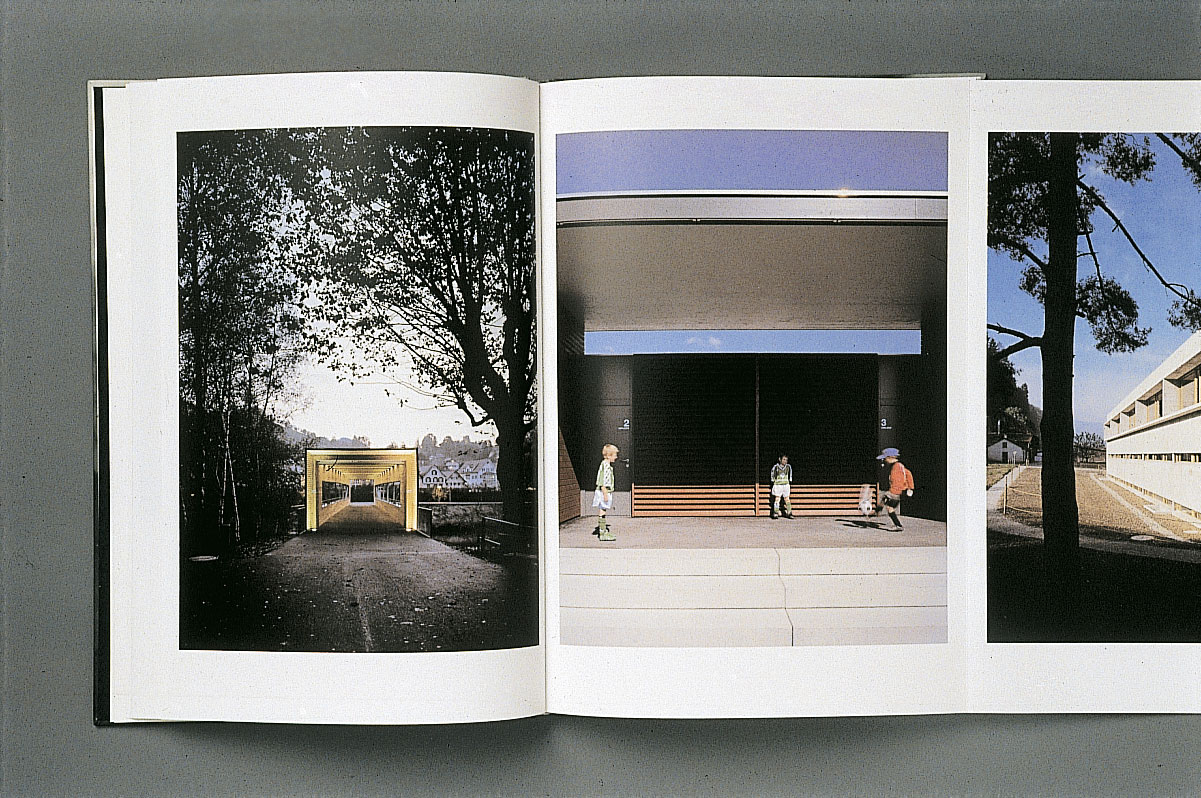