Individuality and the masses: difference and indifference, randomness and rhythm, boundaries and the grid; the passers-by, those who welcome each other, ignore each other, those who move and search are all depicted going about their business. The reflections are, however, liberated, detached from their particular time; through the rhythmical collage they form a new reality and become a depiction of the place.

Everybody has their place in the glass graphics, together they produce a crowd. After attempts made using various patterns within the texture, concentration focussed on horizontal movement. The figures flow across the windows like lines of characters in a pictograph; they can be read individually and as an entire picture, they start hesitantly at the main entrance and in the second wall element become denser, filling the area to the edges. “A walk through the big city reveals that the difference to and indifference towards other people form a closely entwined, unhappy couple. The eye notices differences, to which it reacts with indifference.” Richard Sennet 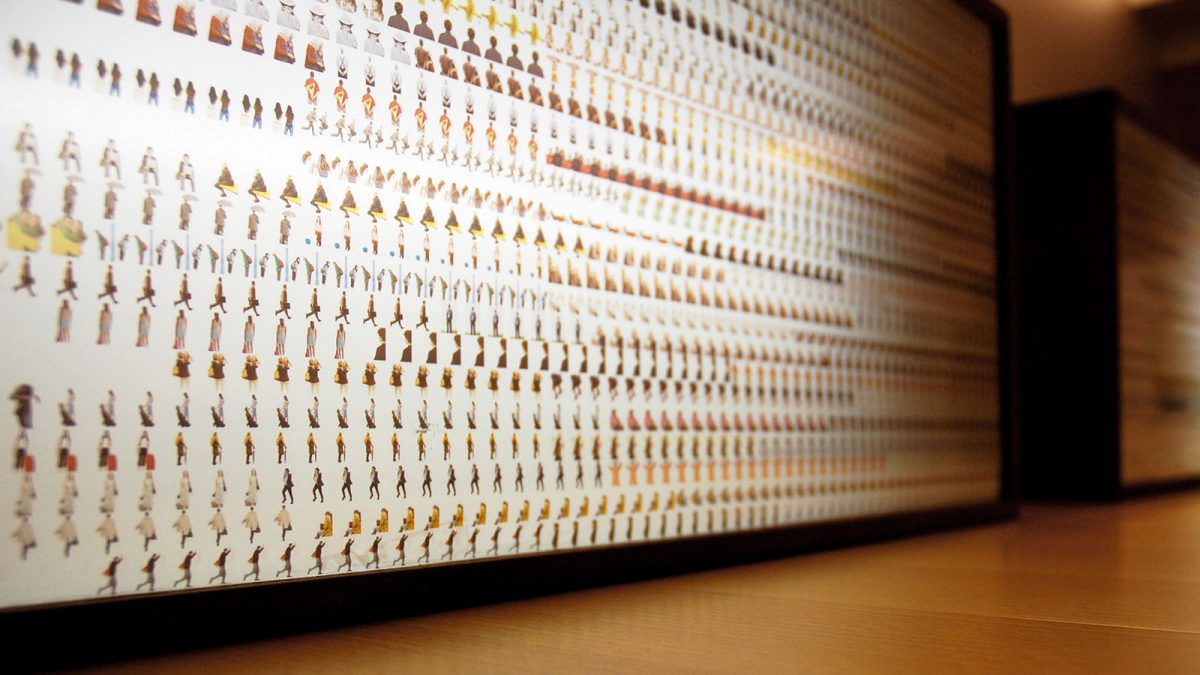 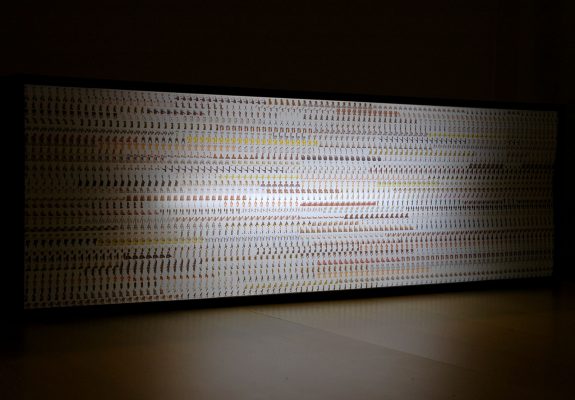 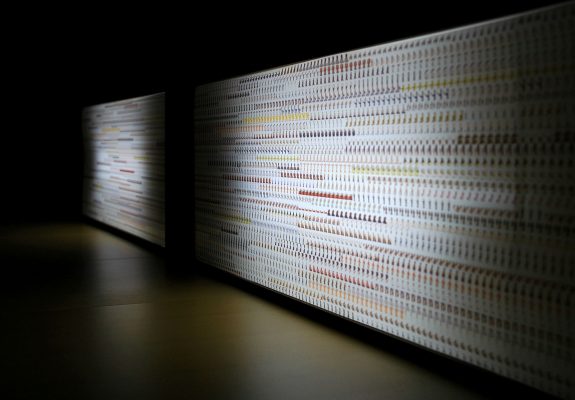