A catalog about the longstanding friendship between Wilhelm Otten and Gottfried Honegger and his artistic work.A catalog in two parts, with no beginning or end, the transition between which reveals the turning point of this friendship – the death of Honegger.Numerous discussion throughout the friendly relationship led Wilhelm Otten to create a platform for encounters with people interested in art. In 2005 he opened up his art collection, entering it into a public dialogue. As a representative of Concrete Art, Gottfried Honegger is one of the most important Swiss artists of the 20th century. In his long and – to the very end – highly creative life, he created an extensive oeuvre. For Honneger art was more than just jewelry for the elite, he saw it as an existential necessity for all. He brought it back to the primal forces: form, color and material.His geometric art contrasted the smooth and rough / glossy and matt / radical and forgiving. The design of the book encompasses this dichotomy in its concept. The photographic language of museum representation complements that one of art in context. The interplay of smooth and rough paper follows the glossy and matt screen print finishes of the cover. The two parts of the book are linked together into an endless loop of content, reflecting Honegger’s artistic work. 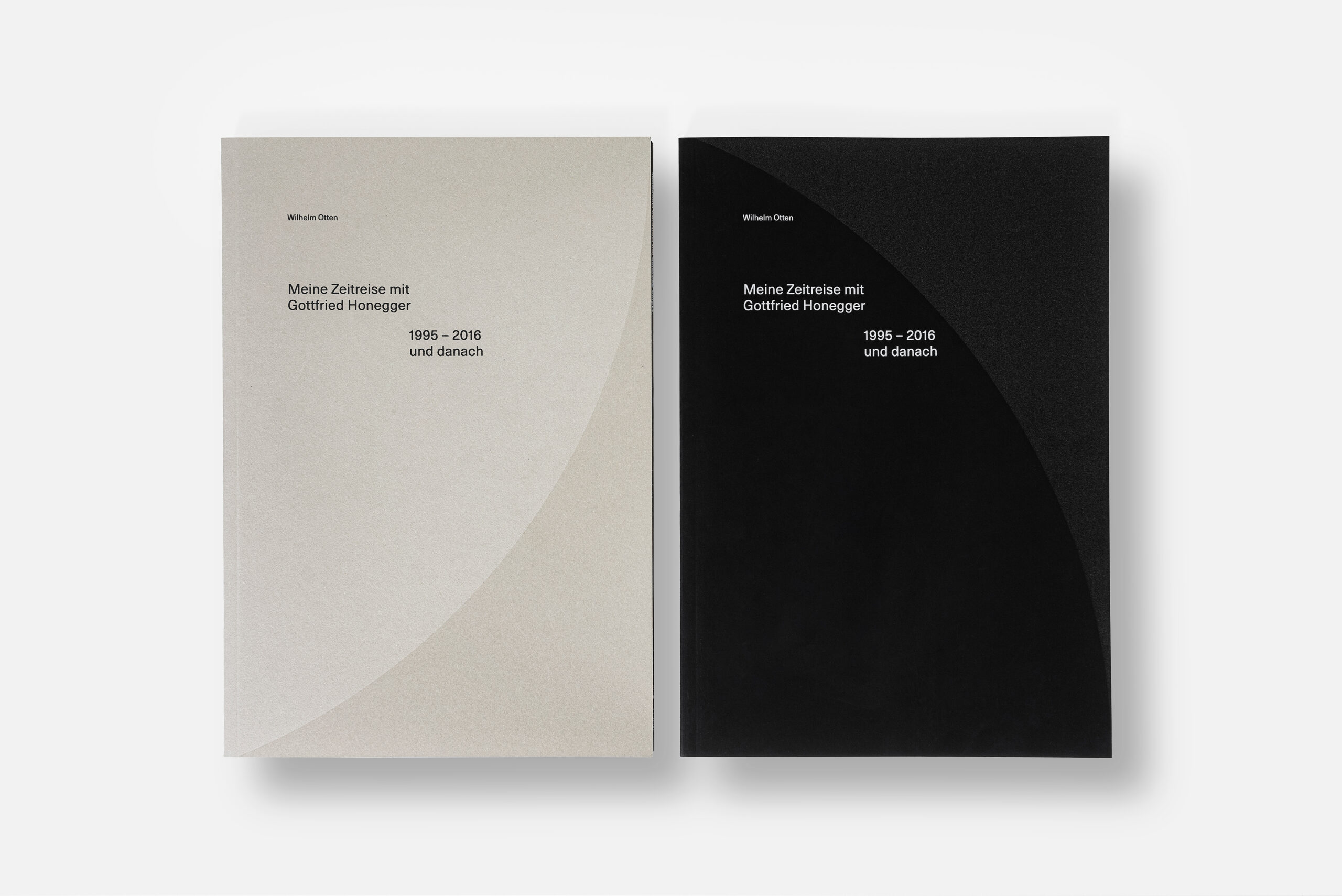 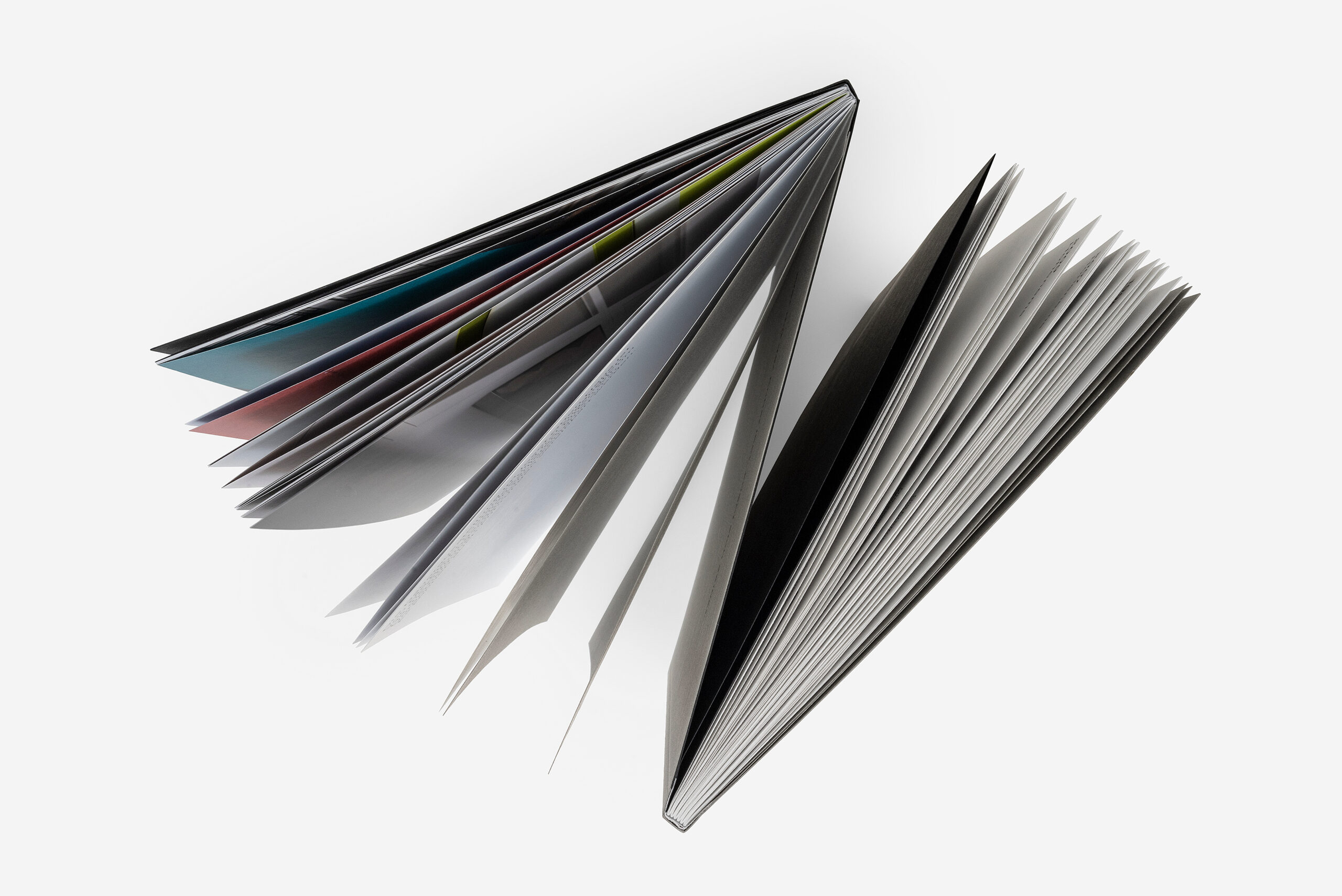 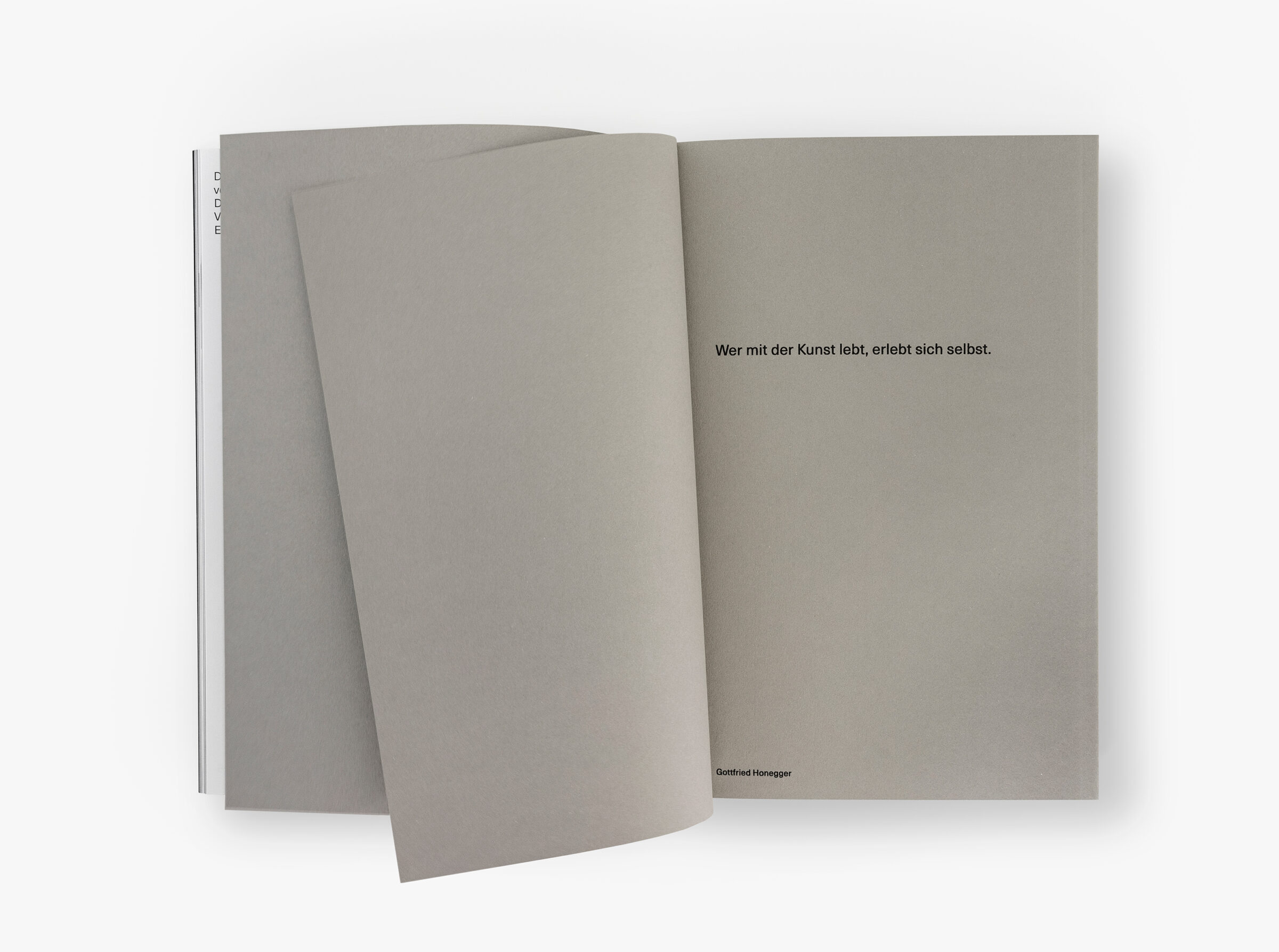 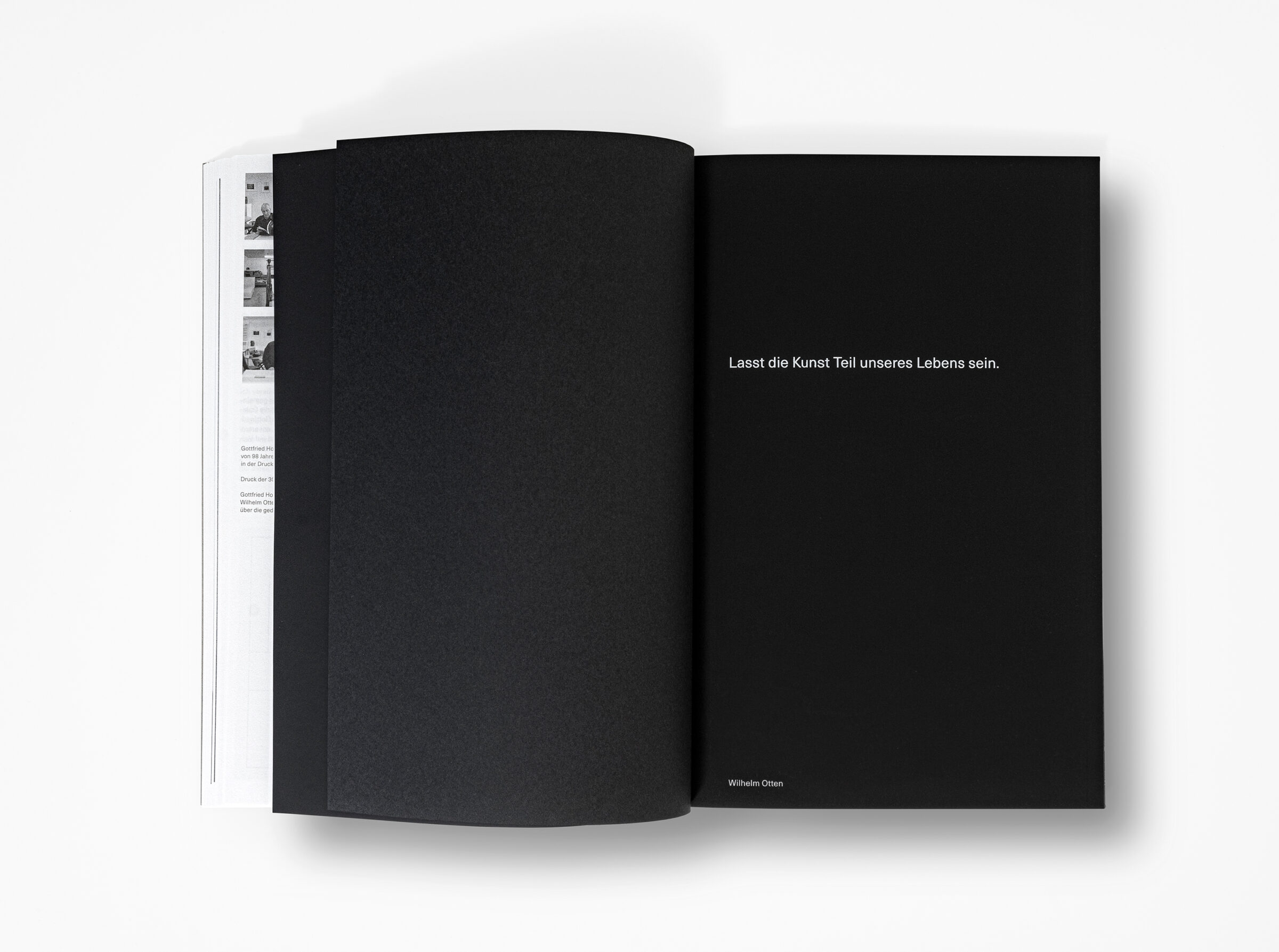 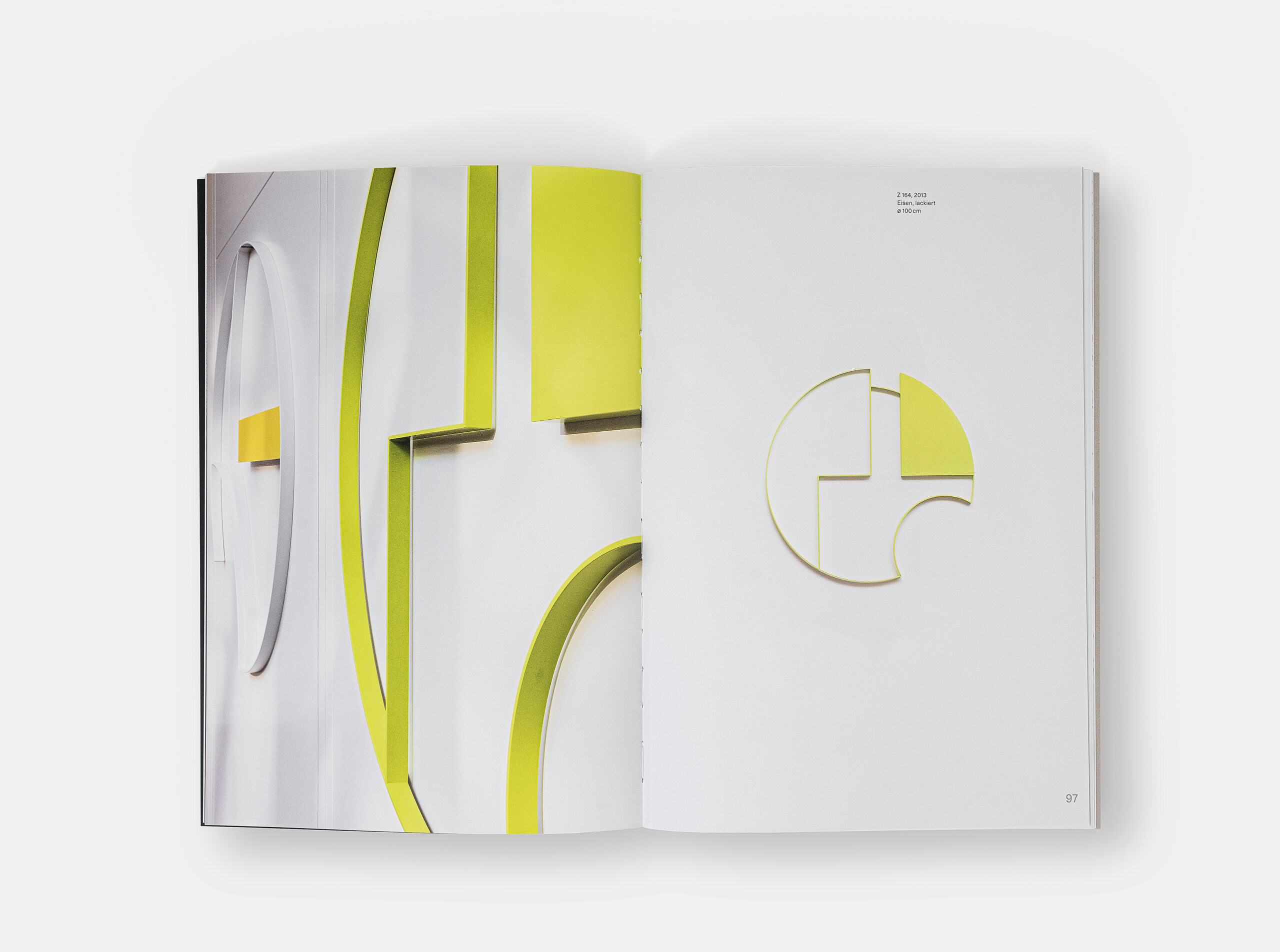 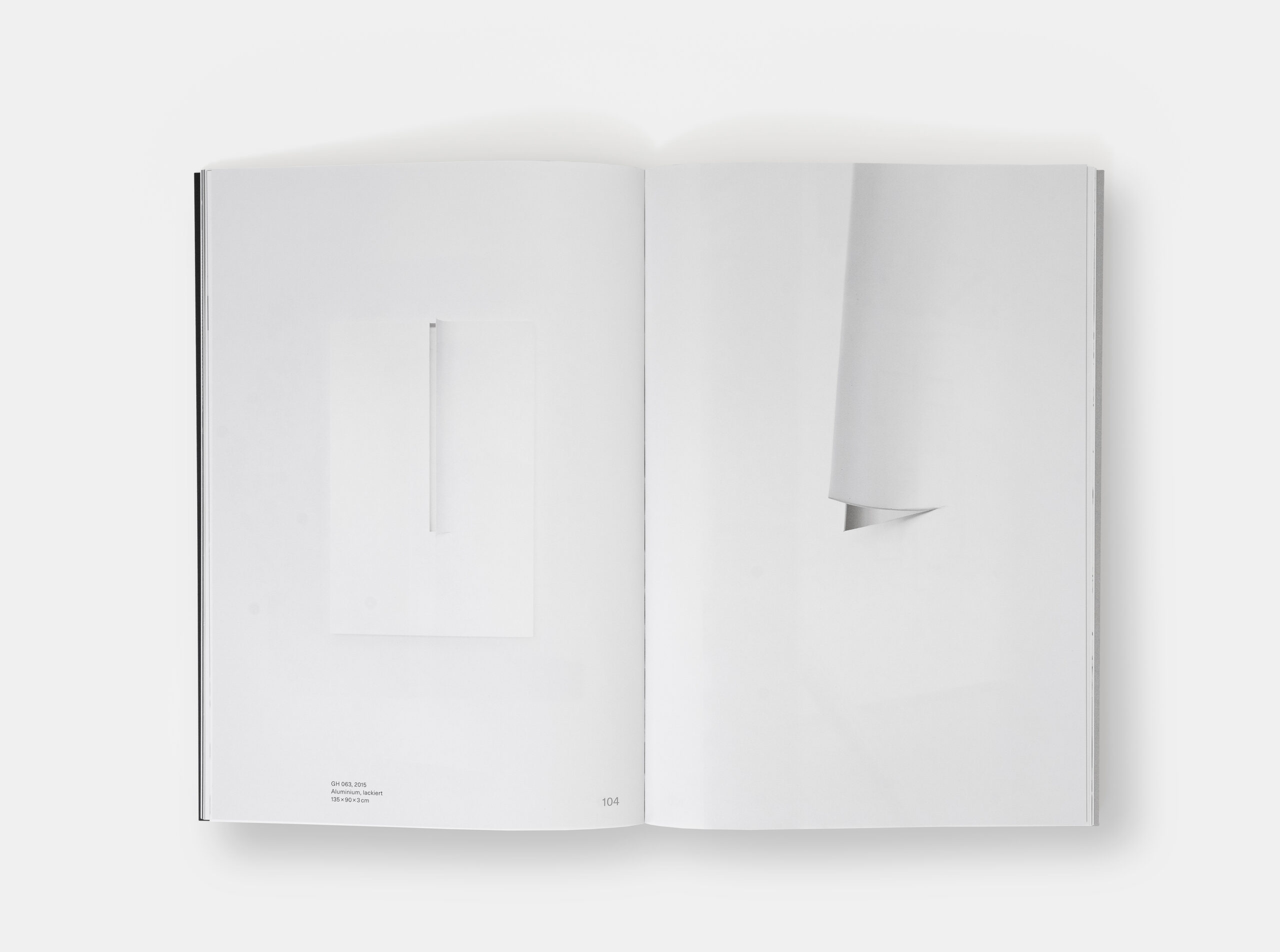 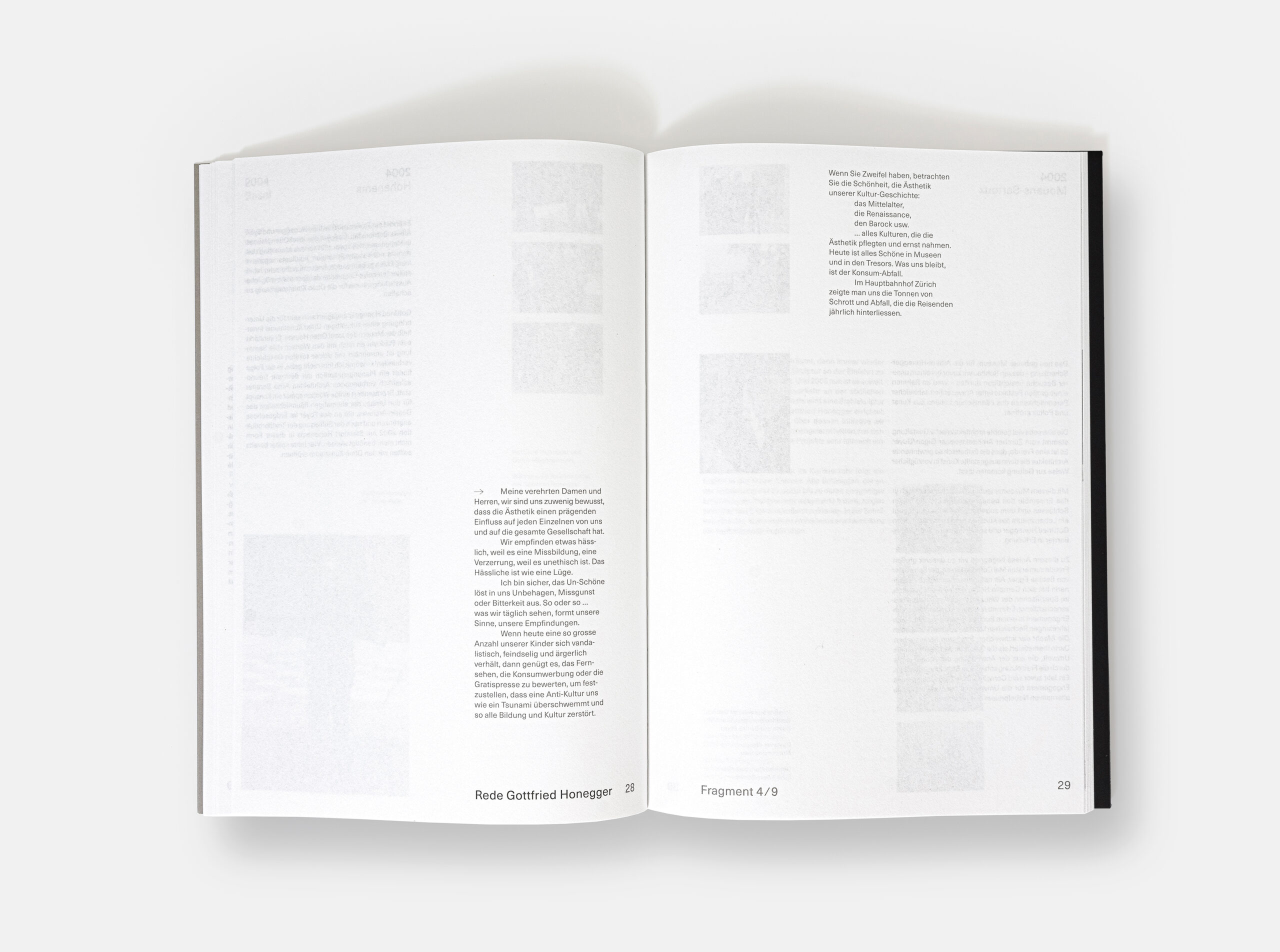 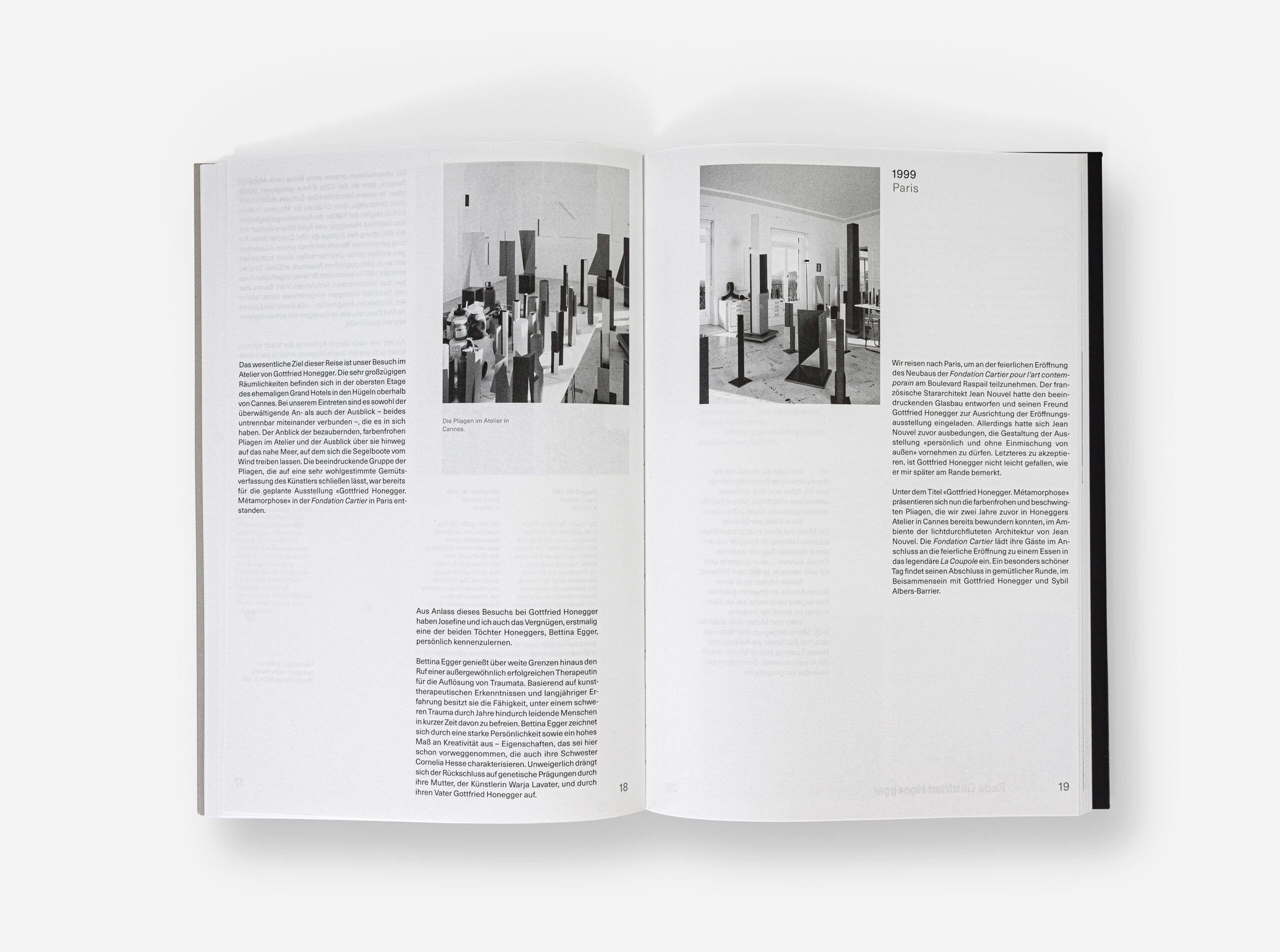