Collini facade graphics – the area beneath the surface

A new building, a facade around eleven metres high with a total length of almost 300 metres. The horizontal strips used by architects Koeb & Pollak in their design for the upper part of the façade are somewhat like splayed plumage, beneath them is a cladding of perforated trapezoid metal. Beneath the grid of the perforations is an underlay consisting of a grid of points. This “printed matter” on the wind protection membrane has an area of over 1000 square metres.

These overlapping patterns engage each other in a relationship and develop something new – circular moiré effects that change constantly as you move and according to the angle you view them from. This makes the facade into a surface with multiple layers, a skin that represents both the building volume around which it is wrapped and the business accommodated inside. 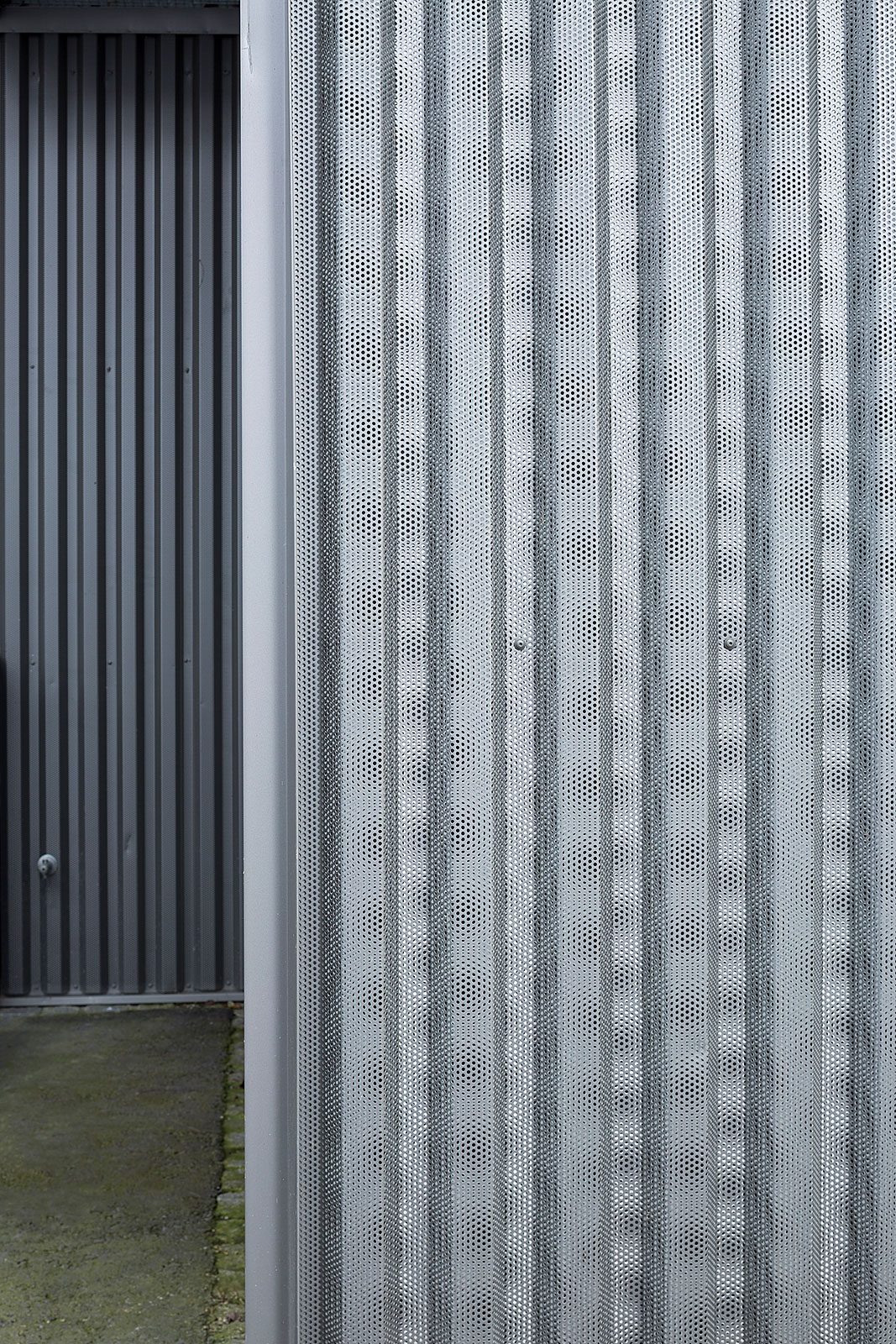 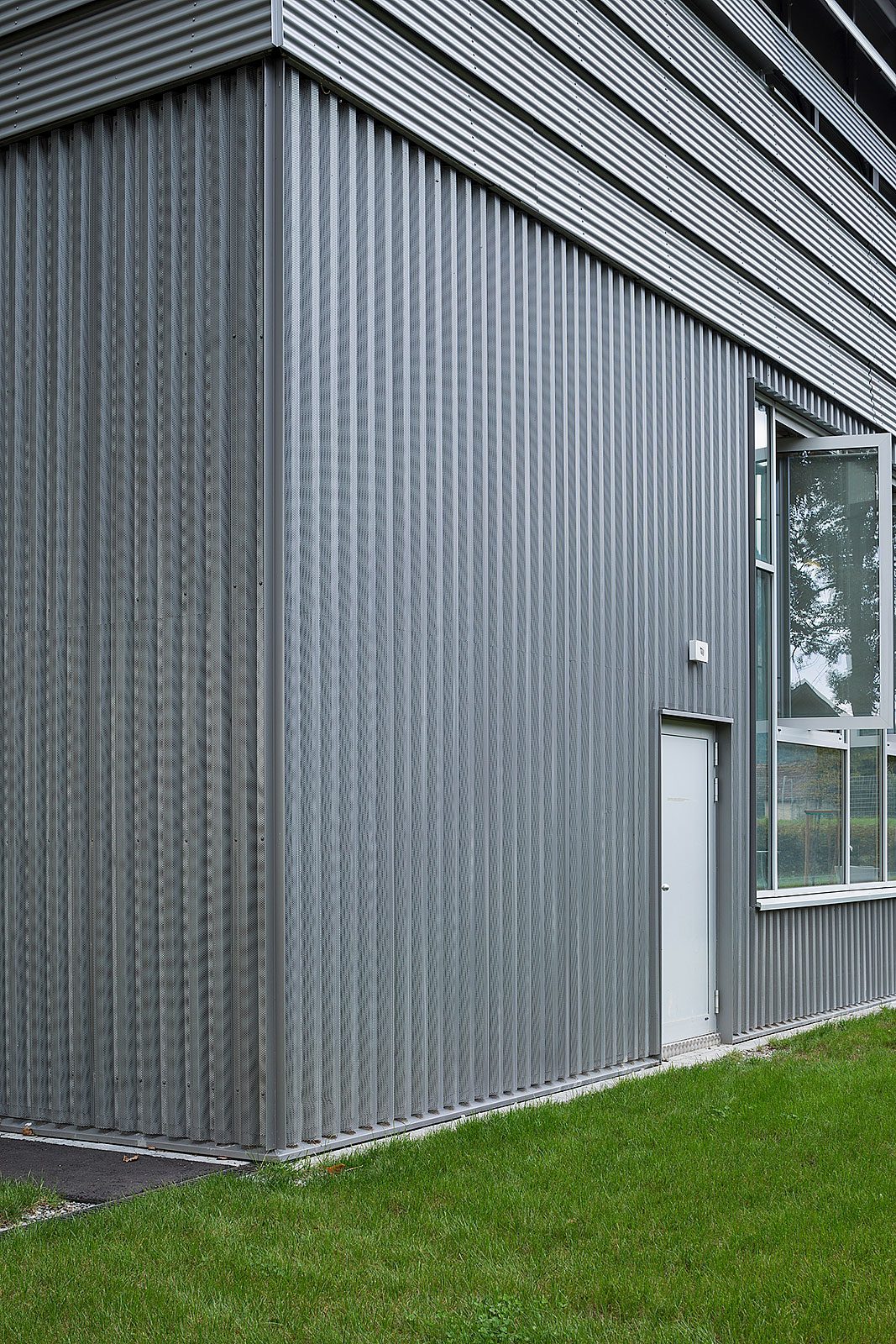